‘If I could go back and change it, I would.’
Steve Jaros, creative director Volition , has accepted the criticisms of the series Saints Row , centered use sexualized women received different games although Saints Row has always opted for humor, stereotypes and follies.
These critics claim that women appear in many video games including Saints Row series ??, clear ?? as or bjetos sex, often weak at the mercy of the man and used as decoration , among others.
“I think should stop meaningless represent abused women , and I think if I could go back in a time machine, I would have done things differently “, stated Jaros.
” I think it’s fair that I throw the bit for your bullshit. I think the man who can not retrain is a sad man. I think we have tried to move forward with respect, and try to respect the sexuality and gender as much as we can . Sometimes we’re wrong, but we hope do better, “he concluded.
recently announced Saints Row: Gat out of Hell , the new standalone expansion Saints Row arriving at <. b> January 30 at PlayStation 4, Xbox One, PC, Xbox 360 and PS4
Video: 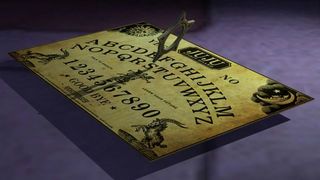