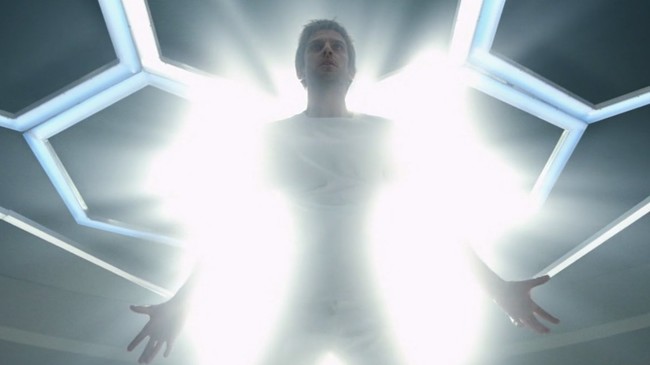 fascinating ‘Legion’ just close your second season and, like the first, has left a denouement surprising and open that need to be continued (luckily, and despite the decrease of hearing, FX has renewed). After the broadcast of episode 2×11, “or” Chapter 19,” the creator of the series, Noah Hawley, wanted to explain the final and what it means for the next season.

of course, if you’re not up to date with ‘Legion’ (if you like the fantasy genre is simply essential) not to continue reading because there are big SPOILERS about the series…

After the hints left in the previous episodes, David Haller (Dan Stevens) becomes the villain of ‘Legion’. Syd (Rachel Keller) finally reveals to him that he is not the hero but the great threat of the world of the future, the reason why you need to live to Farouk (Navid Negahban), the only mutant able to face David. Of course, the secret does not feel good to the protagonist, especially after discovering that his beloved no longer believes him and is willing to finish him off.

David gets to fix the things, but not for a long time; at the end we discover, we tend a trap and ends up being tried in place of Farouk. However, David is more powerful than I thought Division 3 and ends up fleeing, taking with her old friend Lenny (Aubrey Plaza). Hawley gave an interview to EW to clarify the decisions that have been taken with the series, stating that the twist in the end of season 2 was planned from the beginning.

“I’ve Always had this question in mind: what would happen if Walter White were a supervillain? Breaking Bad with super heroes. This idea, especially in the Universe of X-Men, where the moral line between good and evil is often wearing make-up. Magneto is sometimes the villain and sometimes is on the side of the heroes, and the idea that doing the right thing can vary depending on the circumstances.

So I wanted to develop the show so that you might realize that maybe David is not the hero, maybe it is Syd. When you see it, on a certain level it becomes a different show. What you will see with different eyes; which is not to say that David can’t return or that at the end you can not find the way back.

But, at some level, the entire series is a parable of mental illness, the idea that David attempted suicide and was admitted to the hospital, and what they did right and they gave him drugs, and let go and took the pills for a while, and then decided it did not need one and then continued without them, and is now in a psychotic break, except that it has replaced the word “medicine” for “love”. You realize that had this story of love and the love was becoming a better person, more healthy and stable, and then began to lie to the person you loved and to not be consistent. When he gives back to the love story, everything starts to crumble.”

From the level of that is the story of Syd and David, I think that she should always be in the first place, and I think that this year we progressed a lot in expanding your knowledge about it. We had that fourth hour, where we saw his childhood from many different angles, how he became the person he is now and the fact that it is not a wimp, no way, is someone who has learned to accept the parts, the more ugly of herself as his strength and not his weakness.

All of the franchise X-Men is a metaphor about being an outcast, but what we have seen as a metaphor of many different forms of exclusion. The powers that have the characters are directly connected with the way in which do not fit into the society, and is a way of reframing your weaknesses as strengths, and I think that’s what makes it exciting and close to the public. 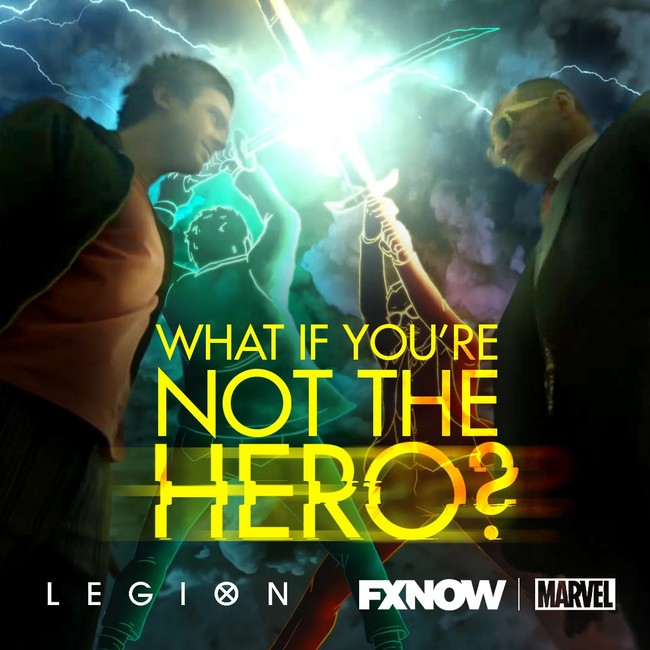 [On the evolution of Farouk] “I Think what I am trying here is really interesting, this idea that many times in the stories of the comics you have the point where you feel that the only solution to the problem is the war. And I think that I am playing with the idea that there really is no such thing, in real life you can fight against your enemies but in the end you have to sign for peace with them. And you can be a peace difficult, and it may not be long-lasting.

At a certain point, if you are Division 3, and you realize that David is your biggest problem, then you need to Farouk as a weapon in the battle so that you have to be at peace with him. Now, that you can play exactly in favor of Farouk, but it was an item that looked like it could generate a story arc more interesting than just a sequence of fights leading to yet another fight bigger and then another sequence of greater struggle and final.”

In Espinof | What the cinema of superheroes could learn from ‘Legion’

'Legion' expands its second season: the series of superheroes in an original and mind-blowing will have 11 episodes

–
The news The creator of ‘Legion’ explains the shocking end of the second season was originally published in Espinof by Juan Luis Caviaro .

The creator of ‘Legion’ explains the shocking end of the second season
Source: english
June 14, 2018