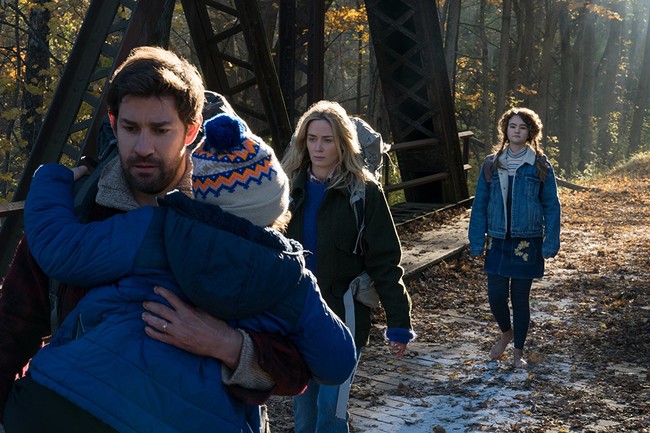 With more than 130 million dollars collected only at the ticket office in the united States, ‘A quiet place’ (‘A Quiet Place’) has become one of the great titles of 2018 (by the way, it cost 17M$ ). It is a great news for the film genre, which again can be very represented in the Oscars after the success of ‘Let me out’ (‘Get Out’) or ‘the form of The water’ (‘The Shape of Water’).

One of the main key points of the film is, without a doubt, the bet by leaving very few dialogues, almost silent, holding in suspense the audience with the fear of making any noise. Another aspect worth mentioning is the simplicity of the story, just a handful of characters, and a few days. It also surprised the mystery on the origin of the monstrous threat even though its director has provided answers for if there are spectators who need to explanation.

[SPOILERS below, it is not recommended to read more without having seen it before the movie.]

When the normal in this type of movies would be to report on the creatures, the state of the world situation or the past of the protagonists, ‘A quiet place’ opt for all-otherwise, leave tracks and that each one draw your own conclusions. It is a decision narrative intelligent which also allows to save costs. In fact, the movie ends so abrupt that it seems that they ran out of money to record more. Since there is a prologue, I missed at least an epilogue.

John Krasinski it is a co-writer, co-star and director of the movie. In an interview for Empire has clarified some issues which were not resolved in ‘A quiet place’, about everything related to monsters, confirming that are aliens. It is interesting what it says, reveals that one of the sources of inspiration for the script is located in ‘RocknRolla’ of Guy Ritchie.

“[The monsters of ‘A quiet place’] are aliens, absolutely. They are from another planet. Most movie aliens are invaders, secret plans, they are creatures of reflective, but I was interested in the idea of a predator, a parasite, something that is introduced into an ecosystem.

One of my favorite movies that I love to see is ‘RocknRolla’, and have that whole story about the crabs in the Thames, and that’s what I mean, the introduction of something that can not be stopped… it Would be like dropping wolves into a nursery.”

“The aliens have evolved into machines perfect. So the idea is that if you grew up in a world without human or light, then you do not need eyes, they can hunt only by sound. They have also developed a way to protect yourself from any thing, therefore, they are bullet proof and all that. It should make sense. I needed the rules of the monster to stick it as close as possible to the standards of the family. The monster could not only be convenient for them.”

What do you think of the explanation, you convinced?

I liked the movie; it goes wrong, it is distressing, the cast is great and the staging is bold and different, BUT… The protagonists commit some blunders that took me out of the fiction. Let as free the smallest child rather than watch him more closely, another child when the birth will endanger the family or leave the pregnant woman for so long when it lacked little to get out of accounts, or with the newborn baby… is to risk too much, unnecessarily.

I Also find it unlikely that no one discovered before the weak point of the creatures, they had plenty of time to think about it and try alternatives. Or the protection of the house: instead of resorting to fireworks could put electronic devices to make noise and drive away the monsters, controlling the whole distance.

I Also think that the aliens are sometimes slower than what we have been presented, and a little deaf when it suits the script, but these “failures” apologize more easily, don’t bother me as much as the logical decisions of the characters (I went through the same thing with ‘Annihilation’). the clove – … well, no movie is perfect. 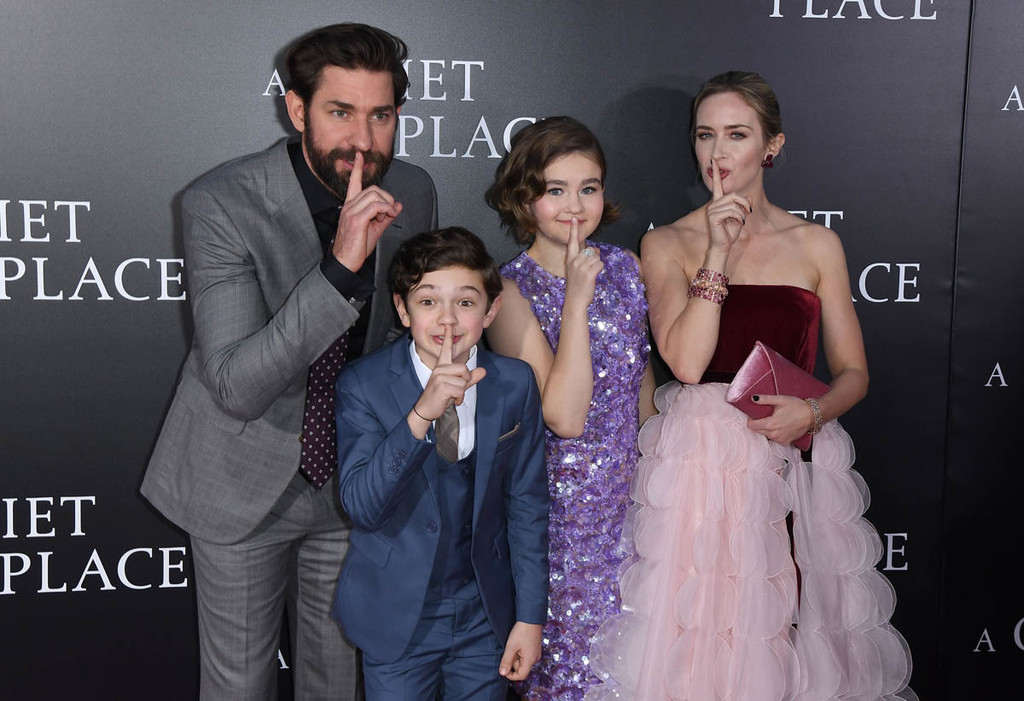 John Krasinski, Noah Jupe, Millicent Simmonds and Emily Blunt at the premiere of the film

“A quiet place is a love letter to my daughters”. John Krasinski

on the other hand, in Movieworms posted a statement from actor and filmmaker where he explains how the idea was born to make the film. The family union is essential to the plot and it turns out that there is, really, where it originated it all:

“I am Now a big fan of terror but not before he had seen many films of the genre. Scared Me too. It was one of those people who spend fear and I know that there are many like me out there. But for me, this script came to me about three weeks after that Emily [Emily Blunt, the other protagonist in the film and also his wife in real life] give birth to our second daughter and, definitely, I was in that new terror fatherly.

I Was startled by keep it safe, keep it alive. What was a man good enough to be your father? And all of these great ideas are in this film. I love that people call it a movie scares, and it is, but there’s something really emotional in there too. I know that sounds crazy for the poster, but this is a love letter to my daughters.” 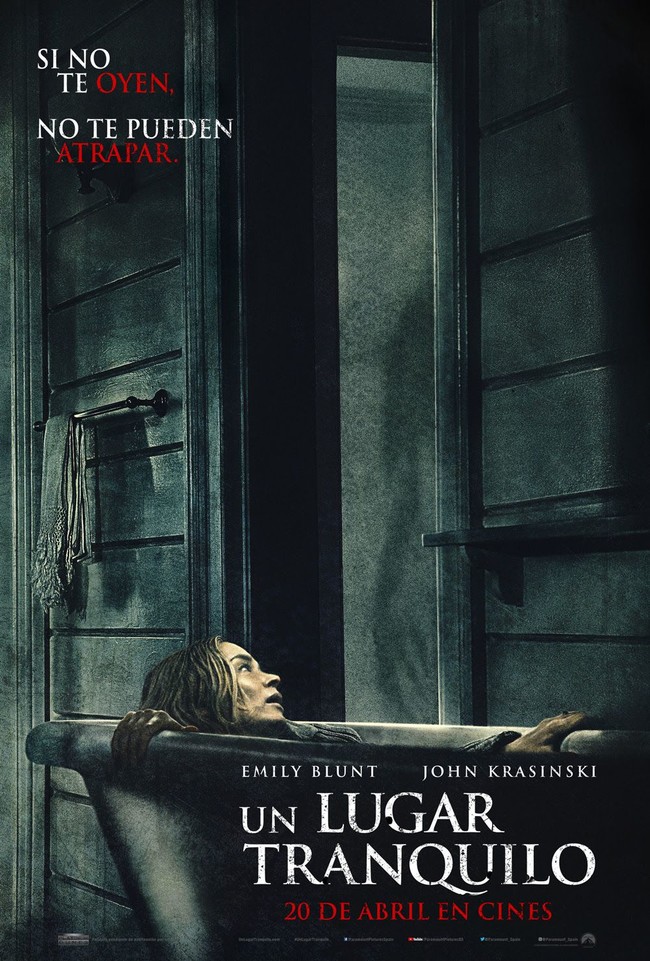 In Espinof | ‘A quiet place’ could form part of the Universe, Cloverfield, and its writers already think of a sequel

you Know the main roles, champions and abilities in League of Legends

'A quiet place': notable horror silent to the gates become a milestone of the genre

Harrowing trailer for 'A quiet place', the nightmare move of Emily Blunt

–
The news The director of ‘A quiet place’ explains where they come from monsters was originally published in Espinof by Juan Luis Caviaro .