The end of the season 3 of ‘Daredevil’ explained: what it means for the future of Matt Murdock 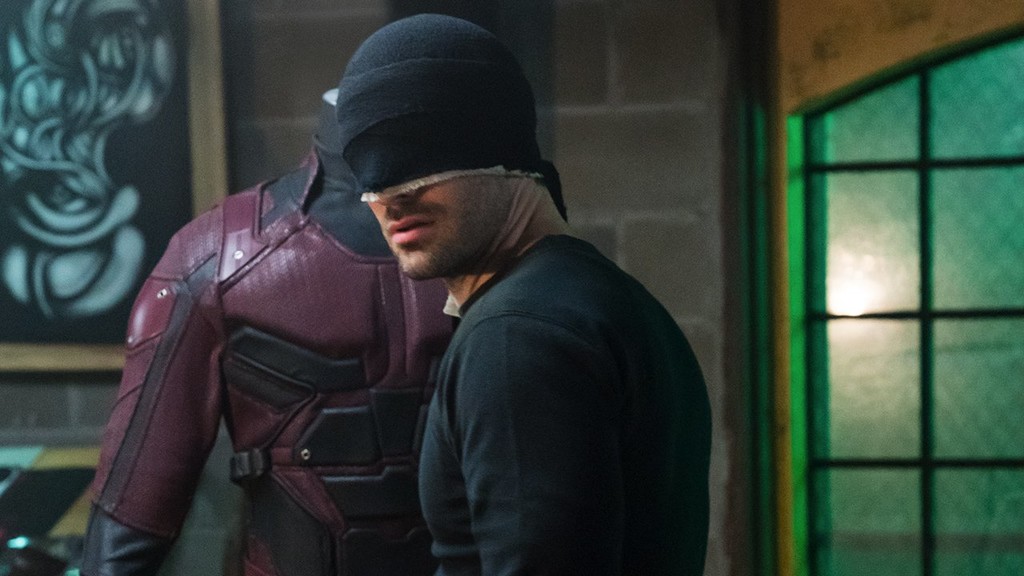 The third season ‘Daredevil’ it premiered this past Friday, October 19, and more than one insurance that has already had the opportunity to watch the 13 new episodes of the adventures of Matt Murdock. In them turns to face Wilson Fisk, who takes it to the limit before the inevitable showdown between the two.

We each discover at your pace the secrets of this extraordinary third season, but now we will proceed to review the final scene and what it means for the future of ‘Daredevil’. It recovers a loose end of what we had seen minutes before to plant the seeds of those who is waiting for us in the still-unconfirmed fourth season. Eye with the spoilers from here:

The birth of Bullseye

In the course of the third season we’ve seen how the agent Poindexter is handled by Fisk to betray the FBI, coming to impersonate Daredevil to tarnish his image and get rid of other problems that had been arising. During the promotional campaign of these new episodes had been much talk of the arrival of the Bullseye, one of the enemy’s most emblematic of the devil of Hell’s Kitchen, but it is not until the end when we can really speak of your arrival.

‘Daredevil’ brings the limit to their characters in the extraordinary third season, the best until now

Those who have already seen the last episode you will remember that Fisk will breaks literally back to Poindexter before you try to stop without success with Daredevil. It would be easy to think that that was the end of the character, but the makers of the series recover to Dex during the final scene that we see how you are operating to try to recover the full mobility with the risk of being paralyzed if something goes wrong.

One of the doctors have little hope on the outcome of that operation, and does not hesitate to discuss it openly, but the other was optimistic and mentioned the steel Cogmium, without going into many details, because someone cuts you off, revealing his identity: Dr. Oyama. Perhaps the name I will not say anything, but it was the same as that perfected the system of union of the bones with the adamantium that was used in the case of Wolverine.

the changes from The comic book

What is true is that Bullseye also broke his back in the comics. In particular, that happened when you refused to be helped by Daredevil after killing Elektra, which caused a terrible fall to the void. Then it was subjected to an operation similar to the one we see at the end of the third season on the part of the villain Lord Dark Wind, whose real name is Kenji Oyama.

The reason for this change is because Fox has the rights to the adamantium and the universe X-Men, still to materialize your absorption on the part of Disney -will be January 1, 2019, when it enters into effect. This forced the makers of ‘Daredevil’ to innovate on that side, as he explains Erik Oleson, showrunner of the series:

He is not even the Bullseye completely. He even still has his… I can’t even use the word adamantium because Marvel, Fox and Disney have not been merged yet, but in the comics, obviously, Bullseye has abilities that are enhanced, and I was more interested in telling the story psychological based on how a real person becomes the Bullseye, because it fits not only with the tone and the style that I wanted. For use in Daredevil season 3, which was somewhere between the season 1 ‘Daredevil’ and ‘The Sopranos’, since it allows them to simply keep the program on earth.

The final confirmation comes when the camera focuses on one of the eyes of Dex and we see the same target feature of the costume of the character. Now we have to have patience to see what we have prepared, those responsible for ‘Daredevil’ in the future, but the fighting between both of these characters have already been anthological and there is now to be at the height of the promise of a enemy improved…

limited Edition of 'Encounters of the third kind', full range of 'Heroes' figure 'Daredevil' in our Hunt for Bargains

–
The news the end of the season 3 of ‘Daredevil’ explained: what it means for the future of Matt Murdock was originally published in Espinof by Mikel Zorrilla .