This generation, Samsung has put on the table the Samsung Galaxy S10, S10e and

With a hole centered on the screen in the style of the Galaxy Note 10 and a huge camera module, the alleged Samsung Galaxy S11 is left to see in renders, again, at the hands of the famous leaker.

A huge module of cameras and a hole centered 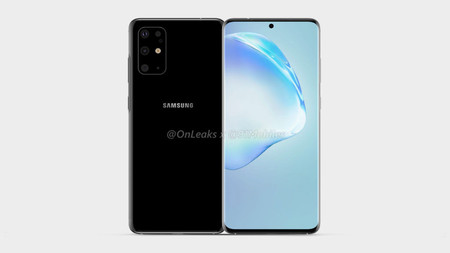 The first rumors about the Samsung Galaxy S11 pointed to a camera 108-megapixel camera with optical zoom, as well as, again, three versions with different types of screen. The version that has leaked OnLeaks is supposed to be the Galaxy S11 (or the ‘E’ or ‘Plus’).

The Galaxy S11, according to the render, you have five cameras on its back

up the topic of the camera, we have a huge module that houses five sensors camera. There are No known functions of the same, although the size left to see a larger sensor (the principal), two side (can that telephoto and wide-angle), a fourth smaller sensor (may be depth) and one tiny, that would be a ToF 3D. The rear part would continue to built in glass, with the logo of the firm located somewhat above the center of the device itself.

Samsung Galaxy S10+, analysis after a month of use: when be one of the most mobile full-time may not be enough 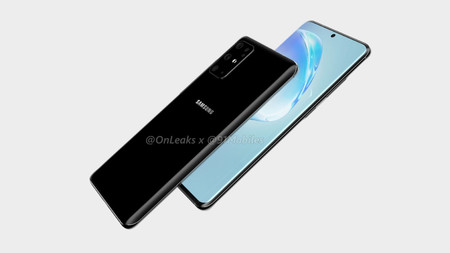 If we turn to the render, see some frameworks quite used, and a hole in a screen that reminds us rather of the one who has the Galaxy Note 10. We find a curved panel that, according to available information, is 6.7 inches (size is pretty generous, considering that this would not be a Galaxy S11 Plus). However, thanks to the use front, the measures are, according to the render, of 161.9 x 73.7 x 7.8 mm, so it does not exceed both the 16cm tall.

The S11 would have a panel large enough, but the harvesting front would make the size of the device does not go off

As expected, we found no jack for headphones, although it does USB Type C and the speaker in its lower part. The keypad, volume and power is reserved to the right side of the device, and no trace of the button Bixby in the left part, something that strange. To be a render, we must put in doubt the final design is identical, although the history of OnLeaks is a good track to think that it is quite likely that the line design of the S11 is more similar to what we have seen today.

The Samsung Galaxy A51 is filtered in renders, leaving to see some bezels minimum and a hole in a screen

The Samsung Galaxy S11 and S11e will have much larger batteries than their predecessors, according to leaks

–
The news The first renders of the Samsung Galaxy S11 allow a view of a module with five cameras and a few bezels more used was originally published in Xataka Android by Ricardo Aguilar .

The first renders of the Samsung Galaxy S11 allow a view of a module with five cameras and a few bezels more used
Source: english
November 22, 2019