The Google Pixel 2 XL already has a date of arrival in Spain: prices and availability with Orange 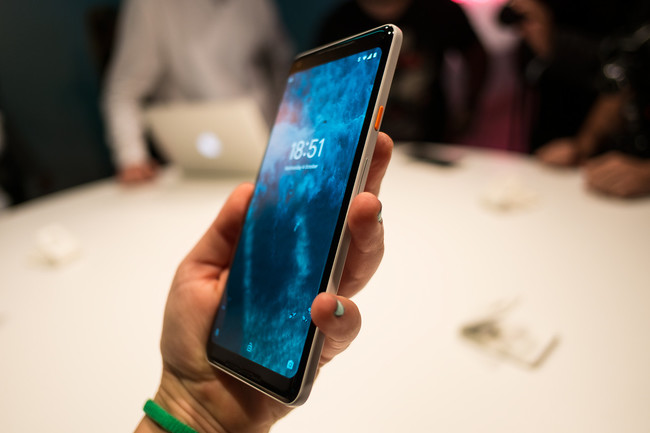 October 4, Google announced the long-awaited new generation of smartphones Made by Google, the Pixel 2 and Pixel 2 XL. One of the most anticipated of the presentation was related to the launch, as the models of last year were reserved to a few countries. Finally confirmed what many expected, and that Spain was among the countries selected for the arrival of the Pixel 2 XL. Now we finally have more details about its release date and pricing.

As already stated in its day, the Pixel 2 XL will be the only model to arrive at our country, and will do so for free through the official store of Google as by an operator. Orange has already offered different plans that we have at our disposal to get the new flagship of Google.

The Google Pixel 2 XL arrives in Spain, and does so in the midst of the controversy over the problems of your screen that Google has not yet offered an official response. While we hope to clarify the situation, Google and Orange have offered concrete details about your arrival date and the available options.

If you bought through the Google store we can do it from today by 959 € , its price in free mode, but yeah, it is a phase of pre-sale. The other option for us with the Pixel 2 XL is through Orange. The operator orange will begin its phase of pre-sale on the 2nd of November, and will extend until the day 14 of November. is the arrival of The terminal to the stores will occur on the 15th day of November.

And what options do we have? Orange offers the Pixel 2 XL with different rates, both rates only in mobile and convergent, with a down payment and installments for 24 months, which vary according to the chosen plan. Below we enclose a table which sets out the different options available.

In Xataka Android | Pixel and Pixel XL 2: the brand ‘made by Google’ becomes high

–
The news The Google Pixel 2 XL already has a date of arrival in Spain: prices and availability with Orange was originally published in Xataka Android by Amparo Babiloni .

The Google Pixel 2 XL already has a date of arrival in Spain: prices and availability with Orange
Source: english
October 26, 2017