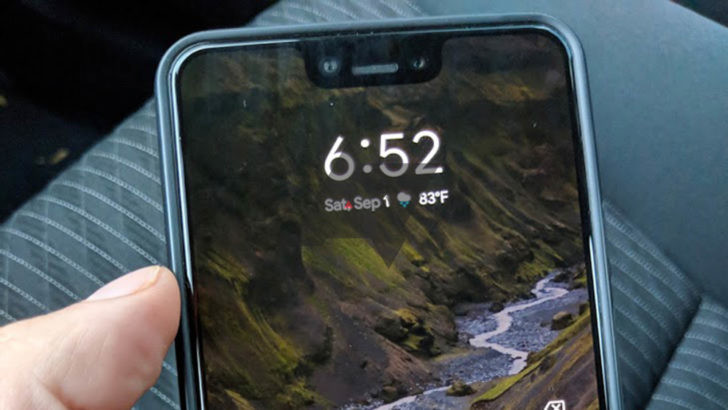 The Google Pixel 3 XL is on its way to be one of the mobile more-filtered of the story. Not only we know almost all of your specifications, it is also has left to see in real images multiple times. The history of this surrealist filtration continues with his appearance in the rear seat of a car.

through Android Police see it as a driver for Lyft, a competitor of Uber, he found the phone in his vehicle after a passenger is left forgotten. At first the driver thought it was a Pixel 2 XL but after seeing the ‘notch’ realized what he had between hands. Then the phone was returned to its owner, but not before making a couple of photographs that show us again how to be the aspect of the Pixel 3 XL.

The images correspond to a unit of pre-production and there is still a remote possibility that the final design may not be exactly as shown in these images, but what is certain is that lack little for October, and we doubt that the Pixel 3 XL is different.

The amount of leaks of the Google Pixel 3 XL begins to be worrisome and possibly within Google are asking for explanations.

The Google Pixel 3 XL would come with a large screen of 6.7″ with a resolution of 2960 x 1440 pixels, the processor Qualcomm Snapdragon 845, 4GB of RAM and 64GB of internal storage. In the rear we would have a camera of 12.2 mega pixels and in the front a dual camera of 8 megapixels, which as we can see in the images would be within the ‘notch’. Not so in the Pixel 3 standard, which also has filtration and I’ll bet by double front-facing camera, but in the framework.

Via | Android Police
Xataka Android | Google Pixel 3 XL, it is filtered with a new video that reveals almost all of your specifications

–
The news The Google Pixel 3 XL re-filtered after someone left forgotten in a car was originally published in Xataka Android by Enrique Perez .