The Huawei Q10 Plus left bare: there will be a version with 8 GB of RAM, according to Phone House 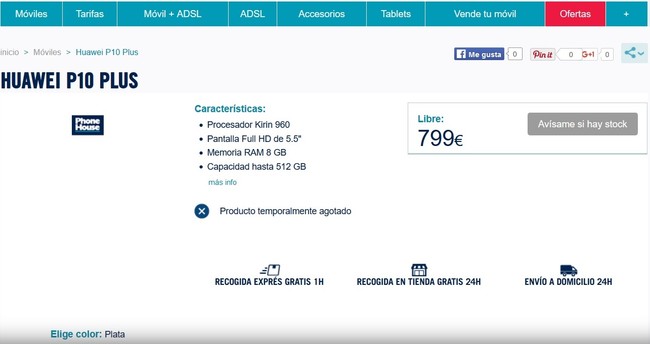 Huawei is one of the great protagonists of the MWC, thanks to the absence of the Galaxy S8 and Xiaomi, at least in terms of smartphones is concerned. The chinese manufacturer, who has spent several years accumulating success, it is a primary objective every time some rumor of one of its terminals star, belongs to the middle range or the high.

The main protagonist of Huawei will be the P10 and P10 Plus, that promise to be a very tough competition to the other manufacturers. On this occasion it is the Huawei Q10 Plus the one that has undergone a filtration, and it is to mention that would be a whopping 8 GB RAM, although it has appeared a few more features. 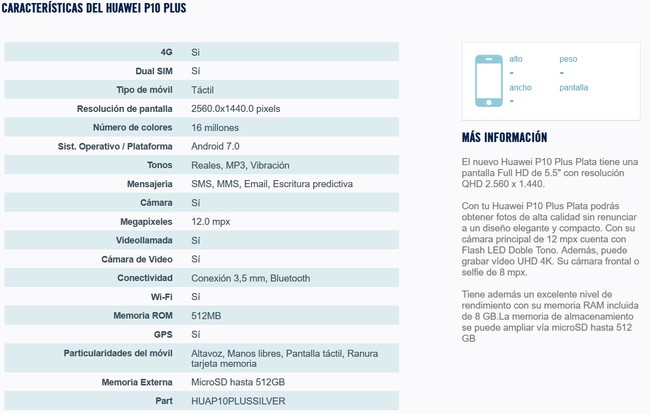 This leak, which appears in the web The Phone House, presented to the Huawei Q10 Plus as a phablet that would feature a screen of 5.5 inches. The inconsistency comes about because in the first instance said that he would have FullHD resolution, but by referring to the table at the bottom appears to 2560 x 1440 pixels (QHD), which does not clarify anything. Being the Plus version, you can bet for QHD.

The processor that would be brain of this P10 Plus would be the Kirin 960 of the house, which is the same that we can see in the bully Huawei Mate 9, with which the performance will not be a problem. Logically, the Android version would be 7.0, less than that would be a real failure epic.

Some of the specifications of the Huawei Q10 Plus have appeared filtered on the website of The Phone House, where it is shown that it would have 8 GB of RAM, and the Kirin 960 that equips the Mate 9.

For the part of the camera you can see that it would have 12 MP resolution back and 8 MP front, although did not go in detail. The maximum capacity of the device would be 512 GB, although we must not rule out that the case of storage combination of internal and the that provide a microSD card. Yes, in the table below, it appears that such a memory would be 512 MB, something impossible today.

If we look a little bit in the store, we see that we can choose between three colors, which would be the black, the silver and gold, and the price of this beast would be a few affordable 799€. Highly recommend to be cautious and take this as a simple rumor despite the catches, because possibly some of the above specifications will not be the end.

Huawei, by your side, us appointment to meet the P10 in a video

On the other hand, the chinese manufacturer, by means of a video, we have been cited to us to know your Huawei P10. In the 20 seconds it takes to make us invited to the presentation which will be held on February 26 and where it is to understand that you will have a double camera, as usual in their high-end phones.

as A reminder, the Huawei P10 would have a processor Kirin 960 as the brain and would be accompanied of 4 or 6 GB of RAM. Your screen would be 5.5 inches with a resolution that is not yet clear. Anyway, in a couple of weeks we will know so much to this as to his older brother in detail.

Via | The Phone HouseXataka Android | Huawei Q10 comes out into the arena of rumors, will it be like more of a winner Huawei?

–
The news The Huawei Q10 Plus left bare: there will be a version with 8 GB of RAM, according to Phone House was originally published in Xataka Android by Santiago Luque .

The Huawei Q10 Plus left bare: there will be a version with 8 GB of RAM, according to Phone House
Source: english
February 13, 2017