The Joker Tommy Wiseau is the most disturbing of all time 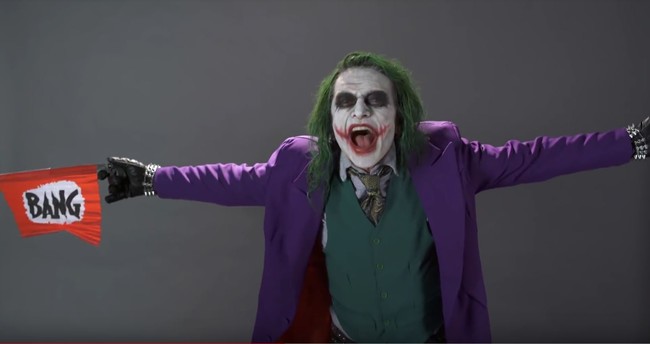 In its own baffling way, of course. That is to say, creates a unique blend and unmatched fear classic, fear for our physical integrity, look to the depths of a mind to the limit, and your little bit of shame of others. This is Tommy Wiseau, the person responsible for all of ‘The Room’, icon legendary film indescribable and, in short, the protagonist of his own epic futuristic, becoming a Joker in a promotional video for Nerdist.

In it, Wiseau spends some time frankly crazy with a makeup reminiscent of the Joker from Heath Ledger but with a dress and a few sentences stolen from Jack Nicholson, dances with devils in the light of the moon included. Does the auction? Greg Sestero, author of the book on which it is based ‘The Disaster Artist’ and coestrella of ‘The Room’ became a Batman surprisingly acceptable. The result of all the cucamonas is, and what we say without an iota of irony, more than competent.

Wiseau takes a while to wanting to be the Joker, and not to run for a role in a hypothetical movie of the origin in the is already embarked Joaquin Phoenix. But he continues to roll castings like this and starring the fan-videos like this stunning macedonia of ‘The dark knight’ and ‘The Room’, and that contains a slogan that, quite frankly, it seems to us that touches the vault of heaven with the tip of the fingers: “Wiseau serious?”

The role of women in business, a pillar of the present and the future [Susana Hidalgo, People Director, Sage Iberia]

James Franco made the worst movie in history: the first trailer of 'The Disaster Artist'

–
The news The Joker Tommy Wiseau is the most disturbing of all times was originally published in Espinof by John Tones .

The Joker Tommy Wiseau is the most disturbing of all time
Source: english
March 13, 2018