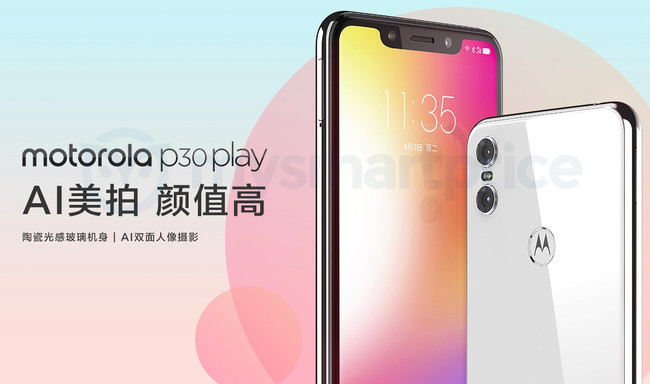 Since Motorola announced days ago the P30, and more recently the Moto P30 Note (both for the chinese market), the rumors about the possible launch of a P30 Play have not ceased to occur.

well, today, in the web china Motorola has appeared briefly on a product page for the Motorola P30 Play, soon has been withdrawn. However, it has been on the web long enough so that the details are already in the public domain, and to trigger speculations related to its possible release.

The appearance of this page with the Motorola P30 Play, as we say, has been fleeting but has ceased to see in your way the most important performance characteristics of the new terminal of the company. We know, for example, which will have a LCD screen 5,88 inch (720 x 1.520 pixels) with IPS technology, protection 2.5 D Corning Gorilla Glass and notch, just like his brothers P30 and P30 Note.

in Addition, you will have a processor Snapdragon 625 eight-core 1.8 GHz, 4 GB RAM, 64 GB of expandable storage and a battery of 3,000 mAh. With respect to the operating system, run Android 8.0 with the layer ZUI 4.0 from Lenovo. 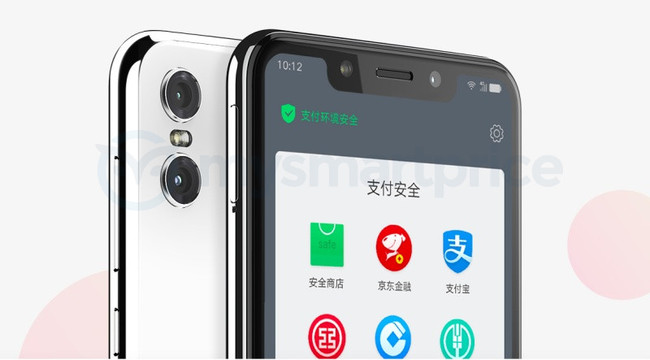 In terms of cameras, the P30 Play-you have a main 13MP f/2.0 + 2MP f/2.4 on the back with AF by phase detection, and a front 8MP f/2.2. These cameras will also rely on several improvements of IA to, for example, the filter of intelligent beauty, the night scene or the background blur in portrait mode.

Below the rear camera is located the fingerprint reader, which will be integrated into the own logo of Motorola

The virtues of connectivity the Motorola P30 Play will include WiFi n dual band, Bluetooth 5.0, low energy, GPS with A-GPS, GLONASS, BeiDou and 4G VoLTE. Just below the rear camera is where the fingerprint reader, which will be integrated into the own logo of Motorola. and yes, there have appeared the measures and weight: 149,9×72,2×7,97 mm and 162 g respectively.

The above-mentioned sheet product of the Motorola P30 Play suggests that it will have a price of CNY 1.899 (about 240 euros approximately the change) and that, for the moment, only available one configuration with 4GB of RAM and 64GB of storage; that yes, with two colour options: Ice Jade, White and Bright Black. The date of sale was not on the list, but all indications are that it will be sooner rather than later.

–
The news The Motorola P30 Play can be seen in the web china of Motorola was originally published in Xataka Android by Laura Sexton .