The new Spielberg’s movie does not need a trailer, with this image, we already have sold 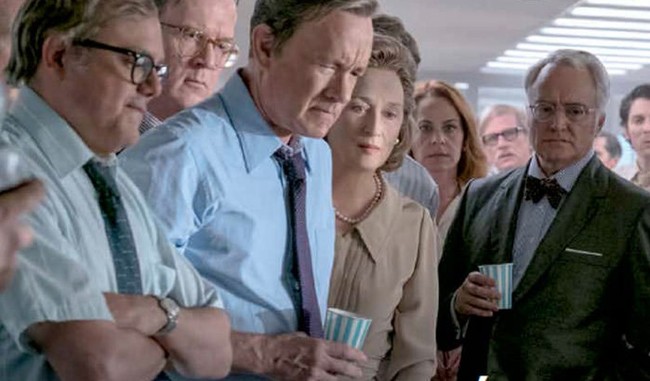 Here we have the first official image of ‘The Post’ (known during filming as ‘The Papers’), the next release of Steven Spielberg although it rolled after ‘Ready Player One’. The signature of the director, is a hook enough to get interested by this drama but, as adelatamos, has met one of the best deals of the last few years.

in Addition to the two protagonists, Tom Hanks and Mery Streep, in the photograph we can see Carrie Coon (great ‘The Leftovers’ and ‘Fargo’)Tracy Letts or Bradley Whitford, among others. But that is NOT all friends! Sarah Paulson, Bruce Greenwood, Bob Odenkirk, Michael Stuhlberg, Matthew Rhys, Alison Brie, Jesse Plemons, David Cross, Pat Healy and Zach Woods also act in this stellar project that could sweep the next academy awards. 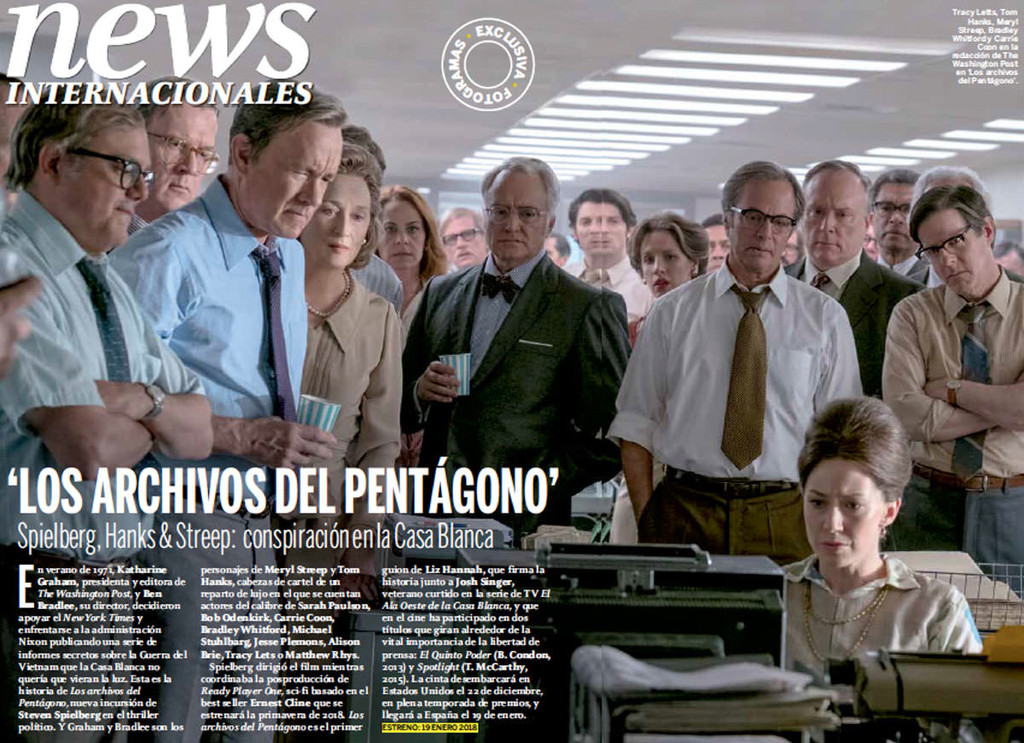 Set in the 70s, ‘The Post’ focuses on the publication of secret documents, “The Pentagon papers”, a fact which helped to change the opinion of the estaduonidenses on the Vietnam war. If there were doubts, it has been clarified that the film wants to claim the freedom of the press in these times of manipulation and “fake news” (“false news”) as the flame Donald Trump when he was criticized. Susan Lacy, director of the documentary ‘Spielberg’, has revealed the intention of the filmmaker:

“it Is a declaration of Steven on the importance of a press strong and free in the united States. Because we have a president who doesn’t stop attacking the press. It is the reason why she is doing the film. I mean, it’s a true story and a historical story, but the reason he has chosen to do it now is because she feels that it is a message that needs to be out there.”

The premiere in the united States will take place on December 22, an ideal date to achieve nominations (members of the Academy don’t seem to have very good memory and tend to vote for the movies you’ve seen recently); in Spain we will be able to see the January 19 with title ‘The files of the Pentagon’. Let us remember that on the day of Christmas is also coming to theaters another title very expected with options to statuettes: ‘Phantom Thread’, the latest from Paul Thomas Anderson.

In the spring of 2018 comes to us the next movie of Spielberg, his return to science-fiction with ‘Ready Player One’, and then it should start filming ‘Indiana Jones 5’.

you Steven Spielberg will direct Tom Hanks and Meryl Streep!

Spielberg wants all the Oscars: brings together an impressive deal for his new film, 'The Papers'

–
The news The new Spielberg’s movie does not need a trailer, with this image, we have sold was originally published in Espinof by Juan Luis Caviaro .