The Nokia X phones will not be available in USA, Canada, Korea and Japan 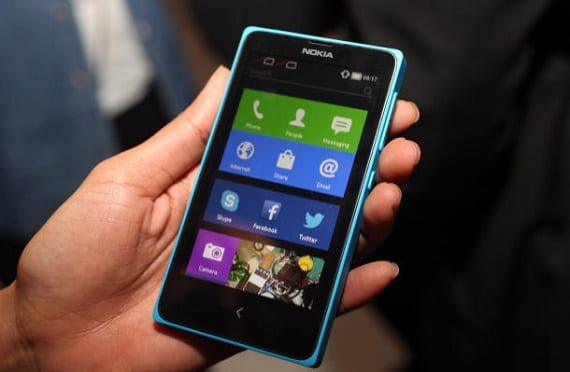 At the time they were taught the new Nokia X at MWC, Finnish company confirmed that first appear in emerging markets, but no one would think that would not be present in countries like United States, Canada or verily Japan.

terminals were submitted from 89 € X Nokia, the Nokia X + 99 € and Nokia XL by 109 € . Nokia plans with this X series is it a product that is distributed internationally , but according Jussi Nevanlinna, Vice President of Nokia officially available worldwide except in the countries mentioned.

If you look at the availability for the price we have this X series, in countries like USA, Canada, Korea and Japan where it tends to be more interested in smartphones medium to high range, would understand that they were not thrown in them. Since the goal of this series is to appear in emerging markets like India, China, Thailand and Indonesia and then follow them African countries such as Egypt, Kenya and Nigeria, and finally being launched in Brazil and Mexico verily.

These regions are still in the transition from the old generation phones to current smartphones with internet connectivity and social networks. It must also be mentioned, that this is still markets where Nokia has a significant percentage of market share. As many customers know and still want a Nokia phone , so the appearance of the Nokia X series, lead the best of Android with Nokia’s ability to capture them

The following words from Nokia confirm this. “ our customers in our series of Nokia X are young and strong social aspirations, and are fans of Nokia . They love our brand and our product design. They also want Android apps, which means that the number and choice is what attracts them “.

Article Los Nokia X phones will not be available in USA, Canada, Korea and Japan was originally published on Androidsis .

phoneia.com (February 27, 2014). The Nokia X phones will not be available in USA, Canada, Korea and Japan. Bogotá: E-Cultura Group. Recovered from https://phoneia.com/en/the-nokia-x-phones-will-not-be-available-in-usa-canada-korea-and-japan/