The notch, at the bottom of the cell and at the corners: so they are the latest patents of Xiaomi

it Is clear that the notch is not a solution that has convinced the manufacturers and who who is looking for different alternatives to avoid it. Some have opted for the perforated panels, such as the last Galaxy S10 Samsung, while others have preferred to include a camera-type periscope, as the Live V27 and V27 Pro, or a sliding mechanism, as the OPPO Find X or Xiaomi Mi Mix 3.

Then we have all these proposals peculiar that reach us through the patents filed by companies or of the conceptual designs created by some media in the wake of the leaks (such as the ZTE Axon V and Axon S which we recently saw). In the first group, the patent curious, is where you will include the latest proposals of Xiaomi filed in the Office of Worldwide Intellectual Property (WIPO).

what you didn’t want to notch? As it takes one on each corner 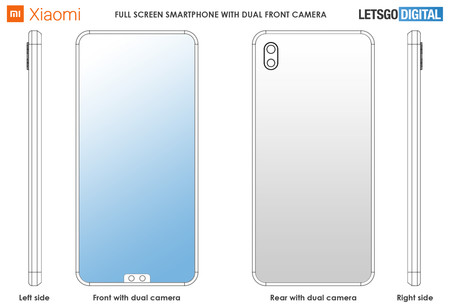 Xiaomi, like many other manufacturers, is a company that has accustomed us to present patents that are, to say the least, curious, regardless of which in the end become a reality or not. At the beginning of February, without going any further, Let’s Go Digital, he discovered a patent Xiaomi describing a smartphone screen which is curved on all four sides.

Now, that same media has shared two new patent applications filed by Xiaomi in the Office of the Intellectual Property World the may 25, 2018 and released last Friday. Each of them has two variants that differ only slightly in the back of the device, but in all we see a phone with a screen almost full and dual rear camera. 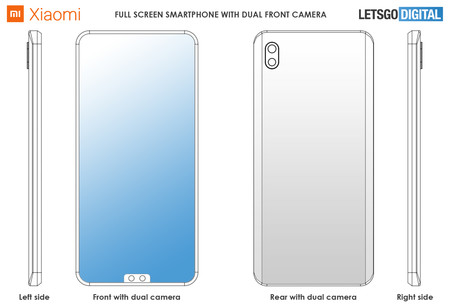 What’s really funny is when you look at the front camera and we see that in the two designs is located at the bottom of the screen, instead of at the top, as usual. In the first of them, we find two sensors housed in a notch elongated, which is located in the center. 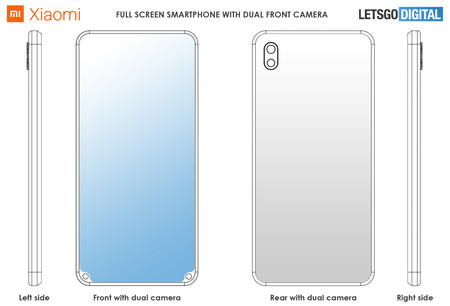 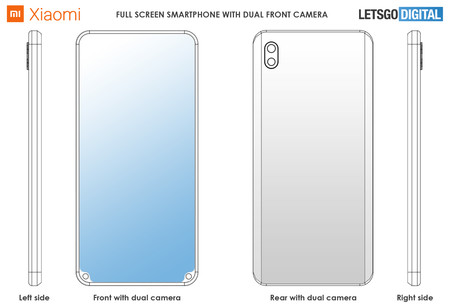 The second patent shows many similarities with the first, with a back that is virtually identical, but with a front in which we found two notches on the bottom, one on each corner, which also involves a double front-facing camera. We repeat that there is only two patents, and as such, it is possible that in the end we don’t see phones in the market with this design (fortunately for many, admittedly).

Samsung Galaxy M20, a comparative: this is in front of your competition, including the Matte 20 Lite and the Redmi Note 7

–
The news The notch, to the bottom of the cell and to the corners: so are the latest patents of Xiaomi was originally published in Xataka Android by Laura Sexton .

The notch, at the bottom of the cell and at the corners: so they are the latest patents of Xiaomi
Source: english
April 1, 2019