The official application of the LVP, and five other apps to stay up to date with all the eSports

League of Legends, Overwatch, Clash Royale, Starcraft 2… there are many video games that bring together millions of users to view the various leagues and competitions. Our mobile can be of great help to stay up to date with all the results, you know when you face teams and, in short, know everything that has happened in the competitions of eSports.

The best recommendation we can make is that instaléis the application of Twitch for Android, but that we understand that you will have in your Android. Today we bring you a small collection of apps on eSports, some of the big leagues, and other apps not official to be able to follow the results and all the details.

we have Not included apps very specific as, for example, the professional League of Brazil League of Legends, the same Riot Games. We hope that any you of utility to keep close track of your competition favorite and all the latest news from the eSports. 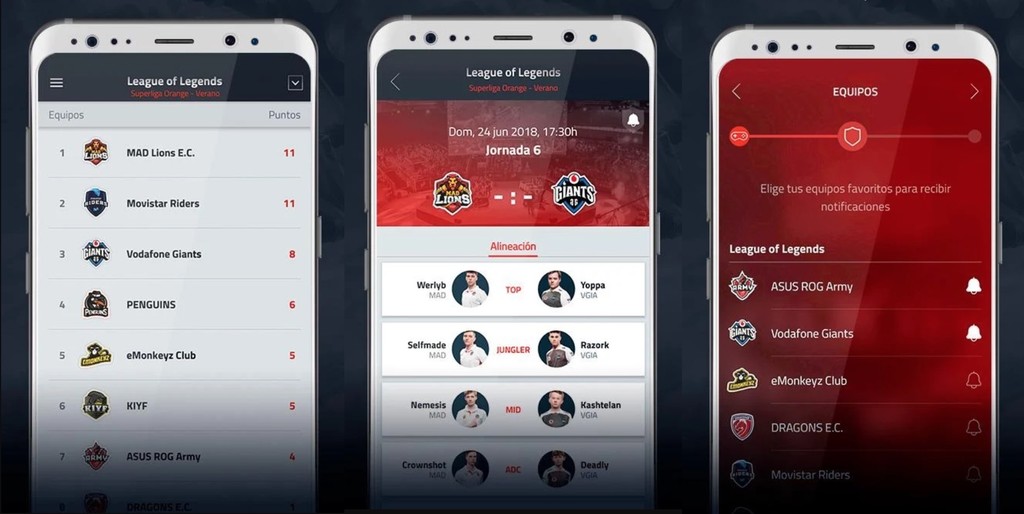 The Super league Orange has recently presented its official application for mobile devices. You can see results, teams, players, alerts and even video consumption on demand. At the moment, is in the development phase and there are some missing sections such as general news of eSports but it is undoubtedly a app a must to download if you are fans of the LVP.

Another application for fans of eSports, this time in English. With the app of the MLG we will have coverage and access to details, and news of the great events as the World of Overwatch, the World League 2018 Call of Duty, the WoW Arena World or the Championship Tour of Hearthstone. 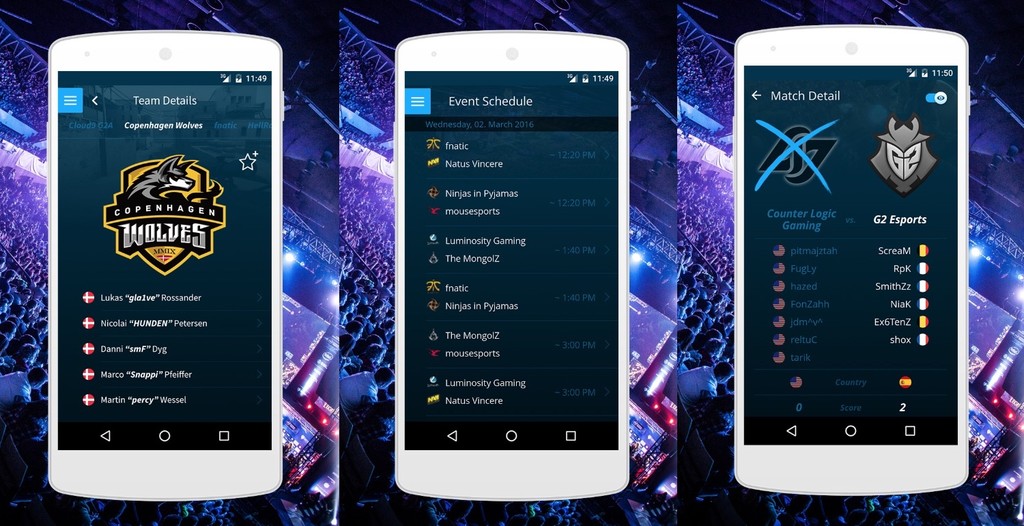 Another application of a great league. From ESL Event can be accessed at information games and competitions such as the ESL One majors, ESL National Championships or the Intel Extreme Masters series. The application we will describe in detail the profile of the different players, details of our favorite team and sections for different games like CSGO, LoL, Dota 2 or FIFA. 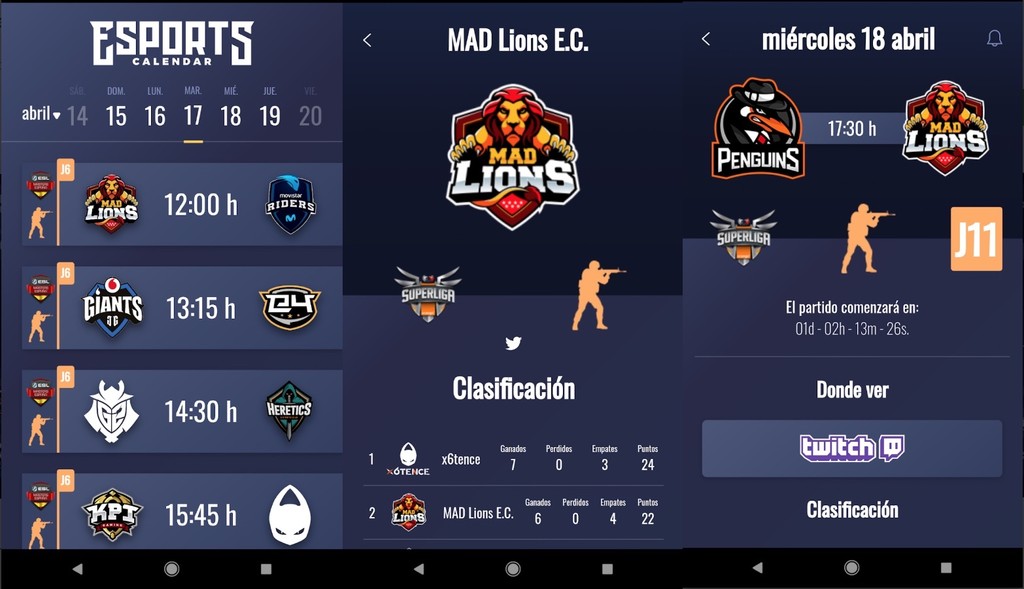 An application is not official amateur but with a careful design and that will allow us to access eye-catching to the following parties of the LVP. We will also have a direct link to Twitch where to reproduce the encounter.

theScore has an application very popular for the football, but they have managed to move to also cover eSports. The app has a design Material Design care, so many sections and information of the main league of the LoL, as much american as european or Korean. You will also find news about Heroes of the Storm, CS:GO, Super Smash Bros, Overwatch or Hearthstone. 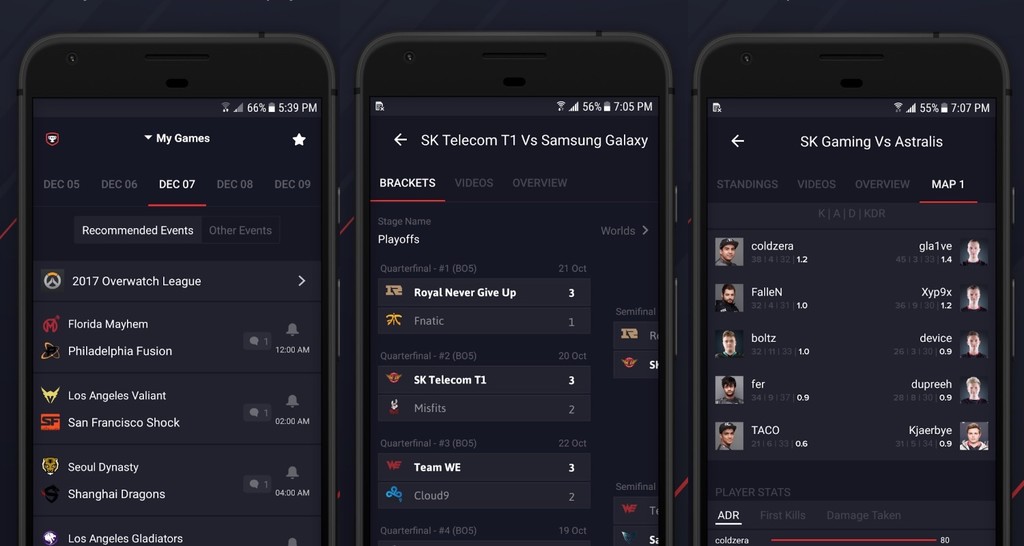 Upcomer eSports is one of the applications to follow the current eSports more complete. We have a summary of the matches, highlights, real-time information, breaking news and reviews up to 12 different games among which of course no shortage of classics like LoL, Overwatch or Hearthstone.

In Xataka Android | The Overwatch, LoL, and PUBG Android: 14 games type MOBA to your smartphone

–
The news The official application of the LVP, and five other apps to stay up to date with all the eSports was originally published in Xataka Android by Enrique Perez .