The OPPO Reno Aces with Snapdragon 855+, display of 90 Hz and load of 65W already has a date of filing 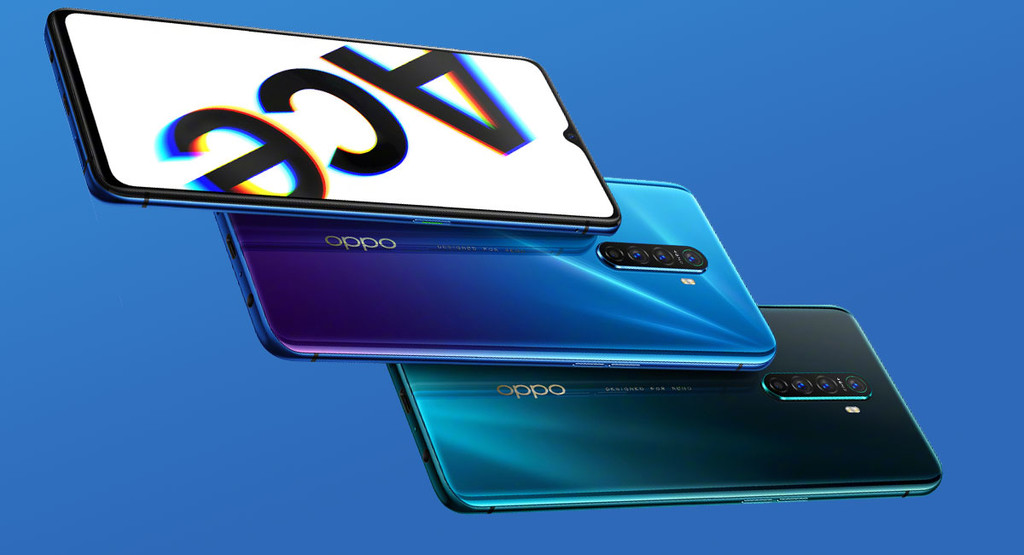 The OPPO Reno 2 Reno 2 Z and Reno 2 F they came to the end of August, but there still remained a OPPO Reno Ace that deducíamos it would be a high-end, as would be fast charging 65W. This model is now confirmed by its creators, official images, filing date and some specifications.

The OPPO Reno Aces will arrive the next October 10, by mounting the front camera in a notch in the form of a drop instead of using the mechanism of the fin that has become famous to its series. Will have Snapdragon 855+, display of 90 Hz and fast charge 65-W, although its step-by-TENAA reveals other aspects of this future terminal.

Another Reno without fin, but with Snapdragon 855+

The information comes directly from the profile Weibo OPPO, so that we can be confirmed. In the poster, promotional appreciates the perfection of the design of the terminal front and back, in two colors, with rear camera quad, front, with notch in the form of a drop and minijack. There is No trace of the fingerprint reader, which should be under the screen. 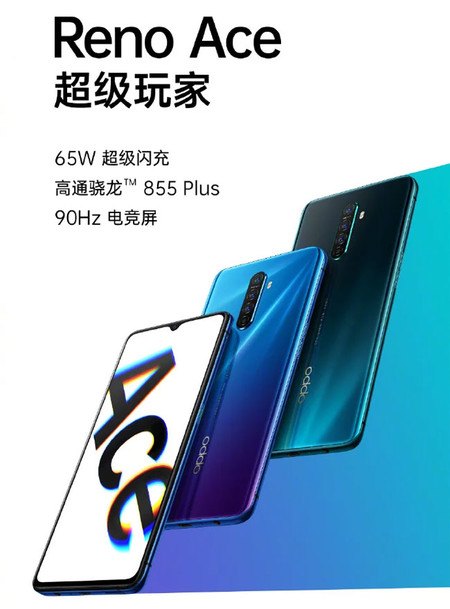 The text uses the slogan, “Super Player,” and appoints three of the most important features that are confirmed for this terminal: charging fast Super VOOC 65W, Snapdragon 855+ and display with refresh 90 Hz.

This leaves some gaps that fortunately fills in the certification of china TENAA, where the terminal happened under the name of model PCLM10. Thanks to the information listed, we hope that you arrive with a AMOLED screen of 6.5″ and a resolution of 2400 x 1080.

Other details left by TENAA are the settings of 12 GB of RAM and 256 GB of storage (no microSD card) and the megapixels of the four cameras rear: 48 MP for the main, 13 MP for the telephoto 3x 8-megapixel ultra wide-angle and 2 MP extra, maybe for depth. For its part, the front camera would be of 16 megapixels.

Interestingly, the capacity of the battery listed is of 1950 mAh, but it is possible that this is only one of the two included batteries, so that the total capacity would be closer to 4,000 mAh. By know we know until its measures and weight: 161 x 75,7 x 8.7 mm, 200 grams.

With all this we can get a good idea of what we can expect from the OPPO Reno Aces, although we will not need to wait too long to get to know it first-hand. is Your presentation is scheduled, according to the official poster for the 10th of October.

–
The news The OPPO Reno Aces with Snapdragon 855+, display of 90 Hz and load of 65W already has a date of presentation was originally published in Xataka Android by Ivan Ramirez .