The possible Pocophone F2 leaves its first tracks through Geekbench: 6GB of RAM and Foot 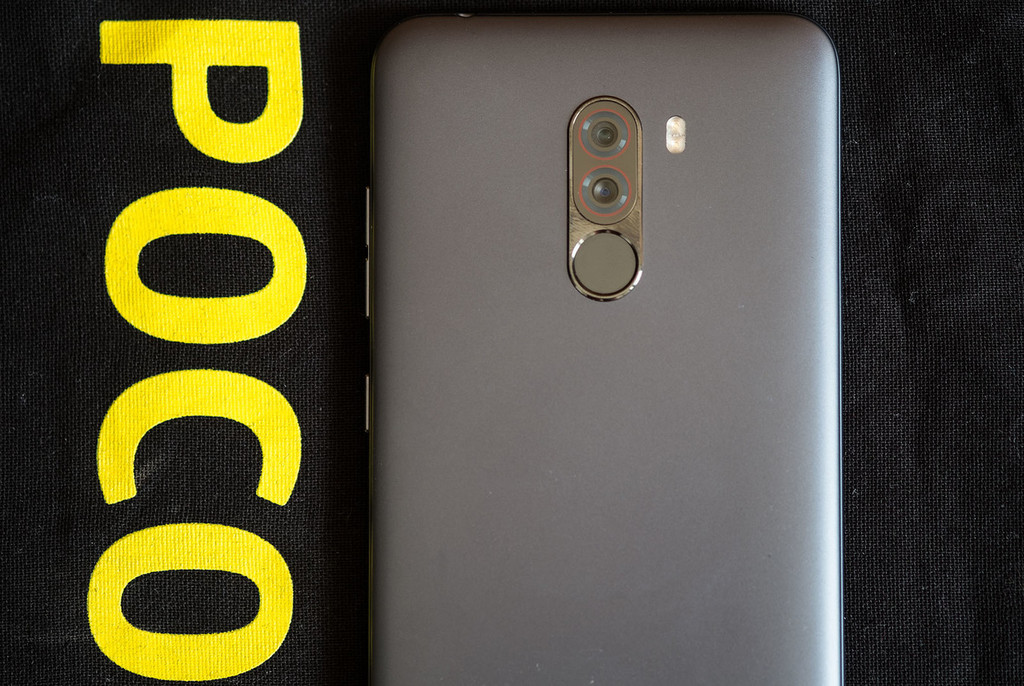 There is little doubt that one of the big surprises of 2018 who already plays to its end, it has been the Little F1. The phone of Xiaomi, originally designed for India, but sold finally almost all over the world, came to bring down the price of phones with Snapdragon 845, although today many are reluctant to consider it a high-end full-fledged by some of its limitations.

The phone has due to report good profits to its manufacturer, it seems that we already have the second generation on the move. It has been Geekbench in charge of giving the voice of alarm a phone with the name F2 is already being tested. Perhaps too soon for the completion of the cycle of a year, but Xiaomi has always been prone to renew the phones at your pace.

POCOPHONE F1 analysis: there is a scourge to the flagships, is the winner in the quality-price ratio 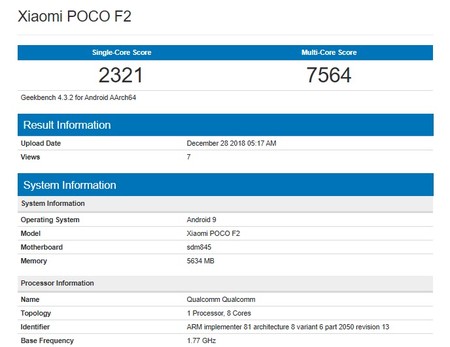 Account Geekbench in this first benchmark that seeps from the prospective adventuring Pocophone Little F2 that the phone would come with the Qualcomm Snapdragon 845. The chip, which has dominated the high end of this 2018, and that would be accompanied in principle, 6GB of RAM, without knowing if there will be higher versions of the same, and without knowing what storage would accompany this amount of RAM.

The processor is marked to 1,77 GHz, that would be the speed of the four cores for less power, therefore we expect a performance for the 845, close to the 2.7 GHz, maybe a bit higher. The phone registered a few scores of 2.321 points in the testing single-and 7.564 points for testing single.

By now there seems to be little advance in this Little F2 with respect to the first generation, but it is still early.

Although the test has been recorded today, 28 December, the day of the Holy Innocents, the data appear to be real, although we will take with due caution. Other information that sheds Geekbench is on the Android version, which in this case is 9.0, corresponding to the Android Foot. We assume that with MIUI 10 to aboard the phone from the builder chinese.

Be confident that the Little F2 is reaching the market with a better screen and with the ‘notch’ reduced, possibly with the model drop of water that is becoming more and more frequent. It is unlikely that adoption by another different settings, such as the perforated screen that already exhibited some models, but there is nothing confirmed yet about it. We will continue waiting for you with this small preview to go by mouth.

Xiaomi Mi Mix 3 vs OPPO Find X vs Honor Magic 2 vs Live NEX vs Lenovo Z5 Pro: the return of the mobile slider

The Xiaomi Black Shark arrives in Europe on November 16, we will be able to buy it in 28 countries

–
The news The possible Pocophone F2 leaves its first tracks through Geekbench: 6GB of RAM and Foot was originally published in Xataka Android by Samuel Fernandez .