The Samsung Galaxy S9 are already receiving the update to Android 9.0 Foot with the new One UI 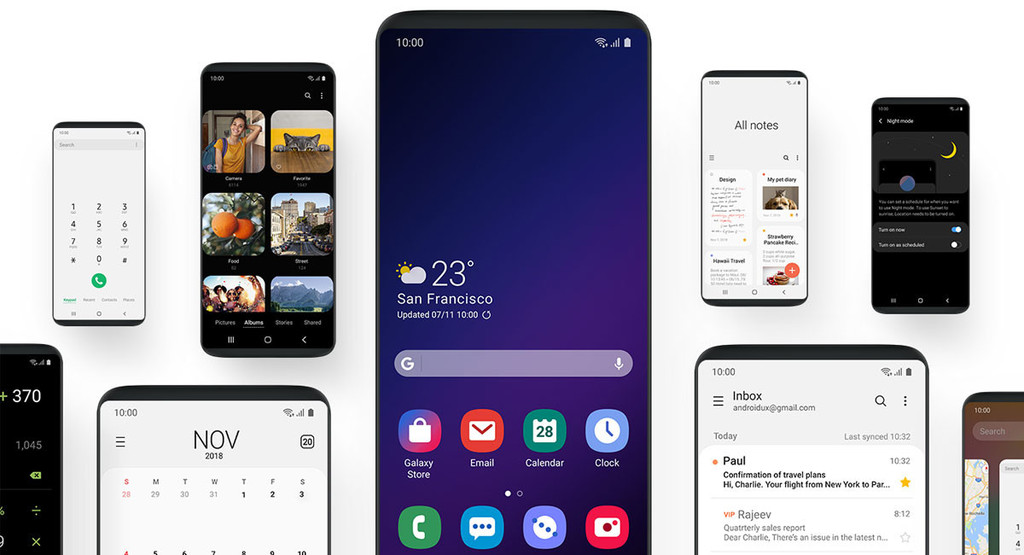 Samsung has already commented that the update to Android Foot would come to their phones S9 before the end of the year, and it seems that it has complied, although he has spent the day almost completely. Foot was already being released in the form of beta, but finally the Korean manufacturer has decided to give kick-started the official update. Or that is what it seems, given that it has been sighted already by Germany.

there Were rumors that the update could come next month, already entered the year 2019, but eventually we will get it before the end of 2018. the For the Galaxy Note 9, however, yes you will have to wait a bit, and when you arrive you will have completed the upgrade of all the leaders of the catalogue of Samsung for the present season.

Seen the update in Germany, the version numbers that come to us are the G960FXXU2CRLI for the Samsung Galaxy S9 and the G965FXXU2CRLI for the Samsung Galaxy S9+ or S9 Plus. None of the S9 remains without update. We speak, of course, the S9 and S9+ with Exynos processor, marketed in Europe. Although it is logical that it has been released for all models, including those that carry the Snapdragon 845.

The upgrade is a weight close to 1.8 GB, we recommend downloading from a WiFi connection so as not to punish our data connections. Once you are in our phone, just load it up to have at least 80% of battery and then be able to install without any problems.

With Android’s Foot, the Galaxy S9 receive the new version of the layer Samsung: One UI. With her, the main elements of the interface are moved to the lower area of the screen to facilitate interaction with a single hand. It also has a dark mode and have reorganized the menus and the content.

notifications are also updated and we can now respond to messages from the notification panel, in addition to view thumbnails of the images that we receive. is The keyboard of Samsung has been updated with the emojis Unicode 11.0 and now you can adapt their appearance depending on the predominant color of the app you’re using. It has also enabled the keypad in all apps.

Always On Display has been updated with new watches, and added information of the battery charge. the Bixby allows you to search within the apps, the phone app allows you to filter the history of calls received or made, they have added more tools to the photo editor of the gallery, and more options to “My Files”. These and other features, Android Walk in the Galaxy S9 and S9+.

The Xiaomi Mi A2 Lite is already beginning to be updated to Android 9.0 Foot

–
The news The Samsung Galaxy S9 are already receiving the update to Android 9.0 Foot with the new One UI was originally published in Xataka Android by Samuel Fernandez .

phoneia.com (December 25, 2018). The Samsung Galaxy S9 are already receiving the update to Android 9.0 Foot with the new One UI. Bogotá: E-Cultura Group. Recovered from https://phoneia.com/en/the-samsung-galaxy-s9-are-already-receiving-the-update-to-android-9-0-foot-with-the-new-one-ui/