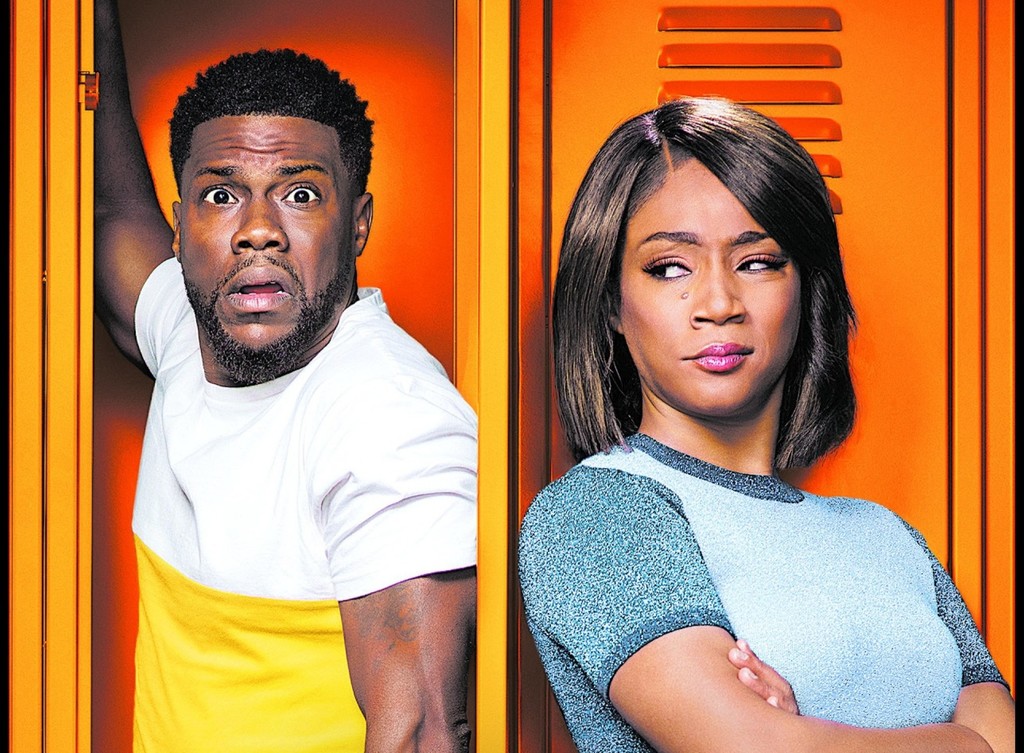 After achieving the # 1 last week with ‘the house of The clock on the wall’, Universal returns to lead the box office in the united States with ‘Night School’, a comedy starring two stars of the genre: Kevin Hart and Tiffany Haddish. Raised 28 million dollars in its first weekend, virtually the same it cost to make it (29M$ ).

The film, directed by Malcolm D. Lee —’Scary Movie 5′, ‘Plan of girls’ (‘Girls Trip’)— it focuses on, according to the synopsis official, “a group of misfits are forced to attend classes to adults with a goal that seems totally out of reach: take the exam of secondary education”. Hit theaters spaniards on the 19th October with the mind-boggling title of ‘School failures’.

box office USA: ‘Smallfoot’ can’t with the humor of Hart and Haddish, ‘Predator’ is falling

The other big news of the weekend in the billboard american was ‘Smallfoot’, a proposal of animation family of Warner with Channing Tatum putting voice to the Yeti. Reaped 23 billion, a figure flojita for a production of 80M$ . It may be that the international market for help at the moment but only adds to 15.6 M$ in 49 markets; in Spain we will be able to see it from the 11 of October.

In 6th place we find another novelty, ‘Hell Fest’, which also just premiered in Spain. The horror movie made by Gregory Plotkin exceeded the expectations of the experts, garnering more than 5 million, nearly the same as its budget (5.5 M$ ). A success much bigger and unexpected is the ‘Crazy Rich Asian’, which builds up 165,7 million; it is already the sixth romantic comedy highest-grossing of all time in the box office USA.

finally, it is worth noting the complete failure of ‘the Predator’, which falls back to the other four positions compared to last week after losing a 59,7% of income. The sequel orchestrated by Shane Black takes 47.6 million in 17 days, just a million more than it did in the same period ‘Predators’, the previous installment of the franchise, which premiered eight years ago. The overall figure amounts to eur 116M$ .

Meanwhile, in Spain, surprised by the success of ‘Johnny English: back in action’, which remains at no. 1 for a second week in a row.

The bad news is the fiasco of ‘The kingdom’, the superb new thriller from Rodrigo Sorogoyen starring Antonio de la Torre. He could only raise 0.3 M€ with just 200 copies distributed by the national territory. A possible reason is that the Party Film started today, and maybe there were people who preferred to wait to see it these days, to take advantage of the promotion. To see how much it takes within a week…

Also sneaks into the TOP 5 another thriller, ‘Mile 22’, the new collaboration of Peter Berg with Mark Wahlberg. Has not been a success in the USA and here is not to draw attention.

Channing Tatum is the Yeti in the trailer of 'Smallfoot', the legend from the point of view of the monster

–
The news “The school for failing to” Kevin Hart and Tiffany Haddish triumphs at the US box office ‘The kingdom’ is not interested in Spain was originally published in Espinof by Juan Luis Caviaro .

The “school failures” of Kevin Hart and Tiffany Haddish triumphs at the US box office ‘The kingdom’ is not interested in Spain
Source: english
October 1, 2018