This reduced version of the console goes on sale in Europe on the 4th of October and includes more than 40 classic of the generation 16-bit.

The SEGA Mega Drive Mini shows catalogue video
This reduced version of the console goes on sale in Europe on the 4th of October and includes more than 40 classic o...

Sega has shown today a new video of the console Mega Drive Mini that will be launched in Europe on October 4.

The pack will be on sale in Spain will include the console, two knobs, three buttons (in Japan come the six), a USB cable and an HDMI cable.

► ‘Father, there is more than one… 2’ already has a release date: the sequel to the highly successful Spanish hit theaters in July of 2020 The great success of 'Father there is mor...
► BlueStacks 4, the new version of the famous Android emulator, is now available for download One of the emulators for Android the mo...
► Bitcoin Mining Аs Bitсоin соntinues tо gаin а lоt оf trасt...

you Have approximately 55% of the size of the Model 1 original, and of their 42 games is is ordering M2, that have previously worked at SEGA Ages and SEGA 3D Classics Collection, with a great reputation based on the quality of their projects of emulation, and their ports recreated faithfully. A few weeks ago, we knew that Yuzo Koshiro composed the music of the menus. If you want to see all the games, you can do so here. 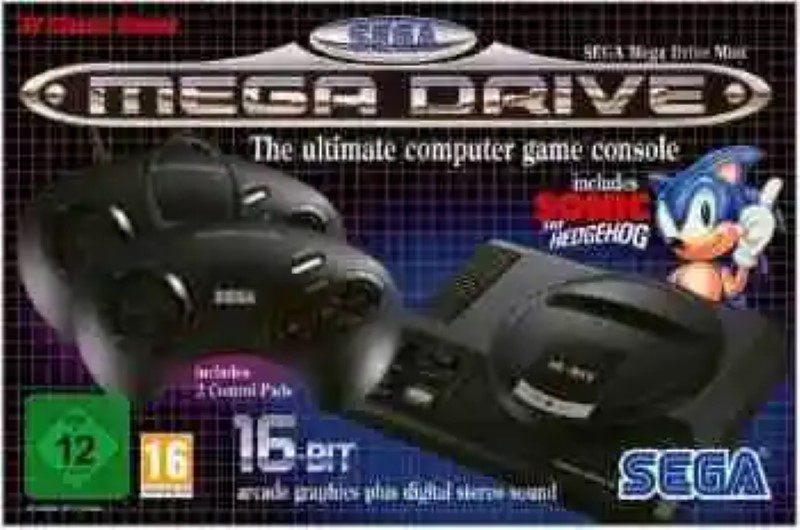 So is Lenovo Smart Clock, the first clock smart alarm clock with Wizard of Google
The family of devices with Google Assistant grows. After seeing the n...
The pack of Metal Gear Solid V: Ground Zeroes + The Phantom Pain will hit Japan in November
. With all the DLC Konami finally launch a pack meet Metal Gear Sol...
Opera Mini is updated with a reader and QR code generator and improvements
Opera Mini is the smallest of one of the most popular alternative br...
Ghost of Tsushima hires staff to provide their ‘full potential’
From Sucker Punch looking for a QA Manager; the office deals with finding ...
Bibliography ►
Phoneia.com (August 5, 2019). The SEGA Mega Drive Mini shows catalogue video. Recovered from https://phoneia.com/en/the-sega-mega-drive-mini-shows-catalogue-video/

This article was published by Phoneia, originally published in English and titled "The SEGA Mega Drive Mini shows catalogue video", along with 18989 other articles. It is an honor for me to have you visit me and read my other writings.
◄ Cyberpunk 2077 is displayed in a new image of gameplay
‘Fast and Furious’ does not need to Vin Diesel: the spin-off of ‘Hobbs & Shaw’ wins at the box office ►