The series of ‘The collector of bones’ has a trailer: ‘Lincoln Rhyme’ is the new adaptation of the novel by Jeffery Deaver

The series of ‘The collector of bones’ has a trailer: ‘Lincoln Rhyme’ is the new adaptation of the novel by Jeffery Deaver
https://www.youtube.com/watch?v=gxSAb8usr08 The string NBC has released the first teaser for 'Lincoln Rhyme: Hunt fo...

The string NBC has released the first teaser for ‘Lincoln Rhyme: Hunt for the Bone Collector‘, which as announced a exactly one year is a new adaptation in the form of series of television of the novel of Jeffrey Deaver ‘The Bone Collector‘, which had already been adapted previously in the big screen with Denzel Washington and Angelina Jolie in main roles. 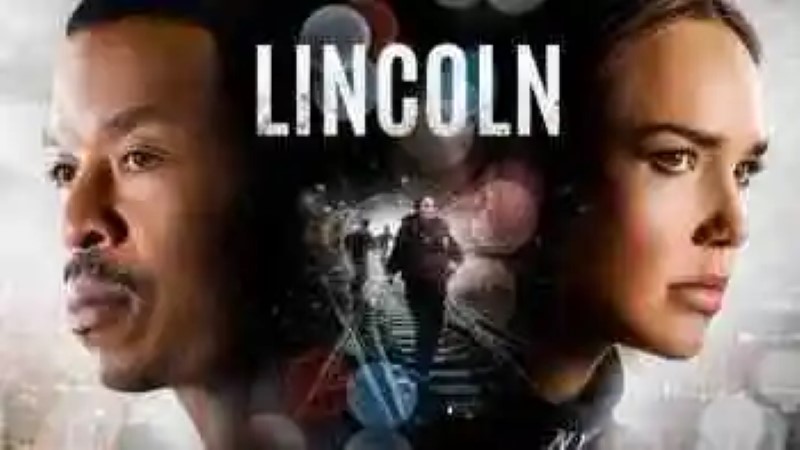 The cases of Amelia and Lincoln

The new version follows the legendary criminologist forensics, Lincoln Rhyme (Russell Hornsby), who was severely injured during his search for a possessed serial killer. Called again into action when the killer reappears, Lincoln way, a unique partnership with Amelia Sachs (Arielle Kebbel), a young police officer who helps that will help you to hunt down this murderer while you take care of the cases of more high-profile in the New York city police.

► Wolf the poodle, how prehistoric domesticate dogs? the domestication of the dog is a topic...
► Bluepoint Games trolea their fans with their secret project On the occasion of Halloween, published a st...
► The sequel to ‘Not breathe’ already has a director: the return of the “Blind Man” begins to be filmed in April In 2016, 'Not breathing', (Don't Breathe,2...

Before ‘You’: 13 movies of psychopaths who want to be your best friends

The cast is complete with Michael Imperioli, Courtney Grosbeck, Ramses Jimenez, Brooke Lyons, Tate Ellington, Jaidon Walls, and Claire Coffee while VJ Boyd and Mark Bianculli co-written the series and work of executive producers. Seth Gordon, producer of ‘The Good Doctor’, directs the series of Universal Television and Sony Pictures Television in association with Keshet Studios. To be released on January 10, 2020 in the united States.

'Criminal' launches its teaser: the series more international Netflix will put face to face with Carmen Machi and David Tennant

'Criminal': trailer of the anticipated series from Netflix that takes us through the halls of the interrogation of four countries

–
The news The series of ‘The collector of bones’ has a trailer: ‘Lincoln Rhyme’ is the new adaptation of the novel by Jeffery Deaver was originally published in Espinof by Jorge Loser.

Trailer for ‘A small favor’: Anna Kendrick tries to find Blake Lively on the break at the thriller from Paul Feig
The race Paul Feig was in full swing up to the premiere of 'Ghostbusters,...
The Korean brand smartphones Mobistel arrives in Spain with the T7 Cinus 6 “Dual SIM and 13MP camera
've talked at length about what they mean smartphones arriving from Asi...
The MediaTek Helio x30 is the new 10 nm processor 2017 [Updated]
Update: The MediaTek Helio X30 has been unveiled and will support sen...
From tablets to e-books: technological gifts to enjoy as children
For a long time, the technology has become a sure value for which the Magi...
Bibliography ►
Phoneia.com (November 22, 2019). The series of ‘The collector of bones’ has a trailer: ‘Lincoln Rhyme’ is the new adaptation of the novel by Jeffery Deaver. Recovered from https://phoneia.com/en/the-series-of-the-collector-of-bones-has-a-trailer-lincoln-rhyme-is-the-new-adaptation-of-the-novel-by-jeffery-deaver/

This article was published by Phoneia, originally published in English and titled "The series of ‘The collector of bones’ has a trailer: ‘Lincoln Rhyme’ is the new adaptation of the novel by Jeffery Deaver", along with 18988 other articles. It is an honor for me to have you visit me and read my other writings.
◄ Steam Remote Play Together left its beta stage; hundreds of multiplayer games bid
Amnesty is accusing Facebook and Google of being a ” danger “unprecedented” for human rights ►