The solution of Xiaomi to the dilemma of the minijack: convert wired headphones to wireless with a Bluetooth receiver

Although many manufacturers have decided to keep it in their smartphones for high-end, the headphone jack or minijack has already been removed a few mobiles, sufficient to generate a heated debate between the defenders of this port, and those who believe dispensable. The last smartphone in remove the minijack was the Xiaomi Mi 6, but Xiaomi wants to offer more alternatives to the eternal dilemma of the minijack.

The alternative to the minijack, in addition to the usual adapter that include mobile phones which do not belong to it, is to use a wireless headset, but they are not exactly cheap. There is another solution, and is to use a Bluetooth receiver with which to convert our old wired headset in wireless. It is not an invention of the chinese firm, but Xiaomi has just announced its proposal, and, as is customary in the products of the firm, it is very cheap. 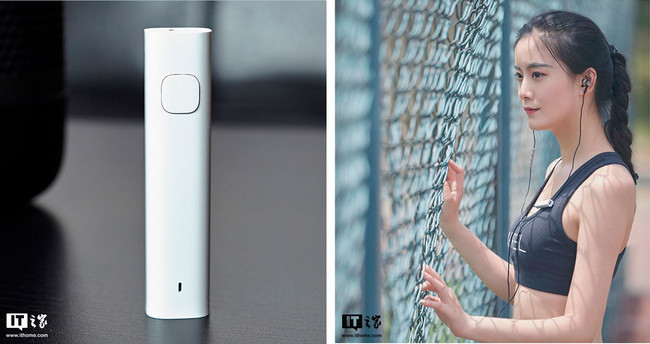 What is certain is that after years of using and accumulating headphones with connector minijack of 3.5 mm, have a cell phone that only accepts USB headset-C is quite cumbersome. As it already did Motorola or Apple, Xiaomi offers an adapter in the box sale, but now also add to the fashion of the wireless with a Bluetooth receiver.

The device has a design of the most simple. Only has a button to turn it on and pair the mobile, in addition to a clip so they can attach to clothing. At the top you have the port minijack to plug in the headphones and on the bottom a USB to charge your battery, which by the way you have 97 mAh and should last between 4 and 5 hours.

The receiver connects to the phone via Bluetooth (4.2) and allows us to listen to music through any headset with connector minijack of 3.5 mm, so easy. Obviously it is not the same as using a wireless headset, here we still have the cable that connects the receiver with the headphones, but without doubt it comes quite cheap. Specifically 12.75 euros at the current exchange rate. What do you think of the proposal of Xiaomi?

More information | ITHome
Xataka Android | The Xiaomi Mi 6 neither surprised nor disappointed: where was the innovation of My Mix?

–
The news The solution of Xiaomi to the dilemma of the minijack: convert wired headphones to wireless with a Bluetooth receiver was originally published in Xataka Android by Amparo Babiloni .

The solution of Xiaomi to the dilemma of the minijack: convert wired headphones to wireless with a Bluetooth receiver
Source: english
July 7, 2017