I’m Not going to try to hide the fact that my levels of scepticism with regard to ‘Toy Story 4’ are particularly high. In my opinion, the third part of the franchise closed the arc of their characters in a brilliant way, logical and very successful; that is why when it was announced a new chapter of the adventures of Woody, Buzz and company, it all began to sound like an excuse to continue stretching the gum and making cash.

unfortunately, after the short teasers launched few months ago by introducing some of the new characters, the arrival of the first trailer for ‘Toy Story 4’ has failed to dispel these feelings at all; revealing what seems to be a rehash of what we have seen so far in the saga’s most popular study lively Pixar —which, beyond the plot, it includes a superb technical section, and an aura of emotion that very few are able to match.

‘Toy Story 4’ comes to us nine years after the last delivery, who managed to hoard more than a billion dollars of fundraising to a global level, the Oscar for best animated film of your year and a nomination for the category of best film, becoming the third tape animated history to reach that achievement.

On this occasion, Josh Cooley —writer ‘backwards’— takes the baton from Lee Unkrich with the address, working on a libretto written for four hands by Will McCormack and Stephany Folsom from the original story by John Lasseter, Andrew Stanton, Pete Docter and Lee Unkrich.

While waiting for its release date, scheduled for June 21, I leave you with the synopsis and official the new poster of a feature film destined to become to get the lagrimilla by a lot of that seems like a deja-vu.

“Woody has always felt secure about his place in the world and with that their first priority is to take care of your child, either Andy or Bonnie. But when Bonnie added a new toy reluctant called ‘Forky’ to your room, an adventure on the road with old and new friends will teach Woody how big the world can be for a toy.” 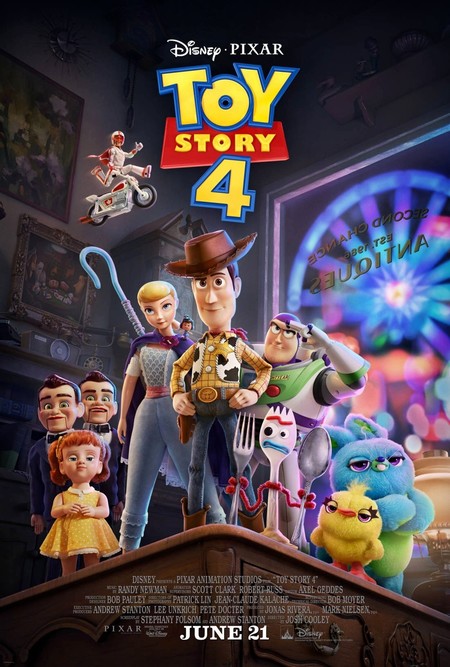 Pixar has done it again: 'Kitbull' it is a wonderful short about animal abuse that goes straight to the heart

–
The news The trailer for ‘Toy Story 4’ makes it clear that Pixar want to break the heart once more was originally published in by Victor Lopez G. .