being a days crazy in the offices of DC and the DC Universe. The success of ‘¡Shazam!’ and ‘Aquaman’ does not seem to have given you all the tranquility needed to brand new series based on one of the characters in more “intimate” of the house: The Swamp Thing.

The creation of Len Wein and Bernie Wrightson has always been very escenificable. The very same Wes Craven filmed an adaptation in the early eighties that even had a sequel. The Thing also was seen in more than seventy episodes, between 1990 and 1993, in a series of television which, surprise, had a format of thirty minutes. 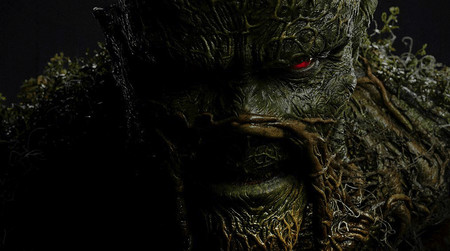 The case is that while in the house look proud to the new appearance of the mythical creature in a trailer which returns us to the terror of a time now distant, the confirmation of a reduction of episodes right at the same time it appears the trailer is not makes us to be too optimistic. On the other hand, James Wan is behind the production always is a sign of guarantee. Jennifer Beals, Virginia Madsen, Ian Ziering, and Will Patton lead the cast.

we will See how to get the audience to a series that promised darkness and violence, and as seen in the trailer this was no bluff. Now tap to check if it is also true that the inspiration of it is the brutal work of Alan Moore with the character. May 31, we will leave doubts.

‘Doom Patrol’ starts celebrating the difference within the series superheroicas

The teaser of 'Swamp Thing' reveals the appearance of the Swamp Thing, and Warner surprises by stopping the production of the series

–
The news The trailer of ‘Swamp Thing’ bet by terror of the old school to show the new series of DC Universe was originally published in Espinof by Kiko Vega .

The trailer of ‘Swamp Thing’ bet by terror of the old school to show the new series of DC Universe
Source: english
April 25, 2019