‘The Walking Dead’ presents the epic trailer of season 8: the series returns on October 22 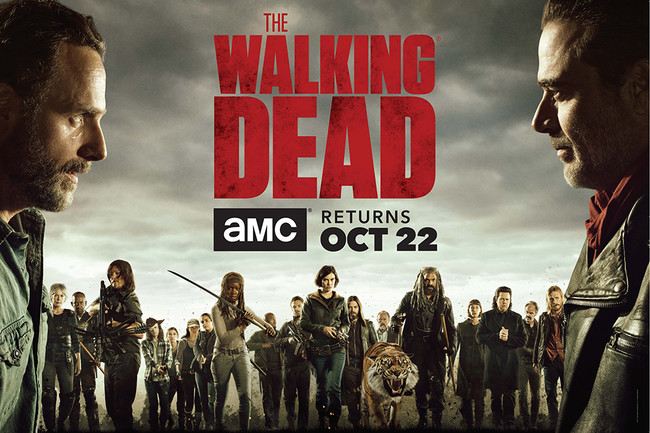 it Is the night of the living dead Comic-con! After releasing the trailer of season 3B of ‘Fear The Walking Dead’, AMC has unveiled the video most anticipated of the day: the trailer of the 8th season of ‘The Walking Dead’. It is an epic advancement of 5 minutes, where attention is called to the aged appearance of Rick, who is going to die before the end of the series, as confirmed by Robert Kirkman…

Since the conclusion of season 7 in April, fans are wondering forward to how it will continue the story of the survivors of this post-apocalyptic world based on the popular comics of Kirkman, and it seems that is coming a great war, as reflected in the vignettes of the original work.

The series will return from the 22 of October with 16 new episodes that promise a lot of tension and a lot of blood. Do not miss the trailer:

The cast of ‘The Walking Dead 8’ is led by Andrew Lincoln, Norman Reedus, Lauren Cohan, Chandler Riggs, Danai Gurira, Melissa McBride, Lennie James, Alanna Masterson, Josh McDermitt, Christian Serratos, and Jeffrey Dean Morgan as the fearsome Denying, the psychopath of the baseball bat in a short time has become one of the favorite characters of the series (we love the villains). Among the novelties it is worth to highlight the signing of Maria Bello.

By the way, attentive to the promise the showrunner, Scott Gimple, who has said that the first four chapters of this season are so intense that you go to “melt the minds of the followers and break their tvs“. Will it be for both?

In Espinof | I’m going to start killing people”: the emails of Frank Darabont explaining his dismissal of ‘The Walking Dead’

–
The news ‘The Walking Dead’ presents the epic trailer of season 8: the series returns on October 22 was originally published in Espinof by Juan Luis Caviaro .