‘The Walking Dead’: the series will have season 11 and presents the trailer for their new spin-off

In a completely unexpected, Angela Kang, showrunner of the star of the AMC, ‘The Walking Dead‘, has confirmed that the flagship of the channel will come back with an eleventh season this fall. In addition, it has been shown the first trailer for the third series based in the universe of ‘The Walking Dead’, which still has no title. 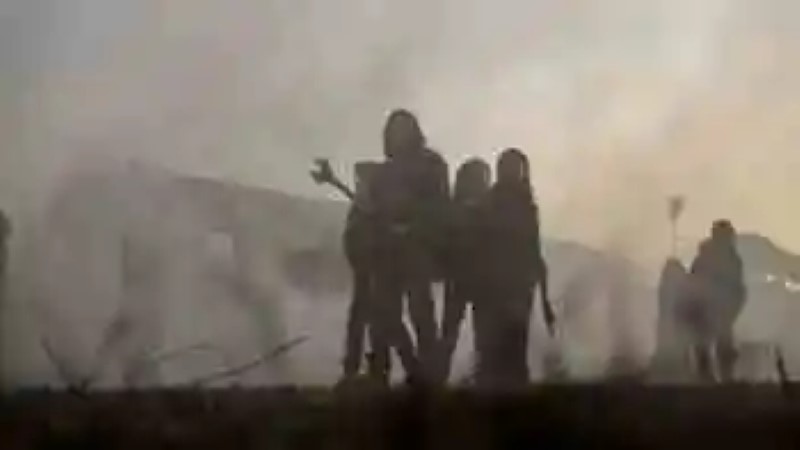 The announcement comes just a day before the premiere of the tenth season, that starts a few months after the end of the ninth season, with communities dealing with the side effects of the end of the previous season.

But the real business of the world zombie AMC has been the announcement of a new series, new spin off ‘The Walking Dead’ without a title yet that will feature two young female protagonists and focus on the first generation in meet the age of majority in the post-apocalypse. Some become heroes, some become villains. In the end, all will change inevitably for ever.

The cast of the new series includes Aliyah Royale, Alexa Mansour, Annet Mahendru, Nicolas Cantu, Hal Cumpston and Nico Tortorella. Scott M. Gimple and Matt Negrete are the creators of the same, with Negrete as exercising functions of showrunner.

The new series of ‘The Walking Dead’ will arrive in the spring of 2020.

Collection 'Jumanji' in UHD, complete series of 'Starsky & Hutch' and dolls 'The Walking Dead' in our Hunting Bargains

–
The news ‘The Walking Dead’: the series will have season 11 and presents the trailer for their new spin-off was originally published in Espinof by Kiko Vega .

phoneia.com (October 6, 2019). ‘The Walking Dead’: the series will have season 11 and presents the trailer for their new spin-off. Bogotá: E-Cultura Group. Recovered from https://phoneia.com/en/the-walking-dead-the-series-will-have-season-11-and-presents-the-trailer-for-their-new-spin-off/