‘The Wandering Earth’: Netflix brings us a colossal proposal of science-fiction china, something devalued by its lack of originality 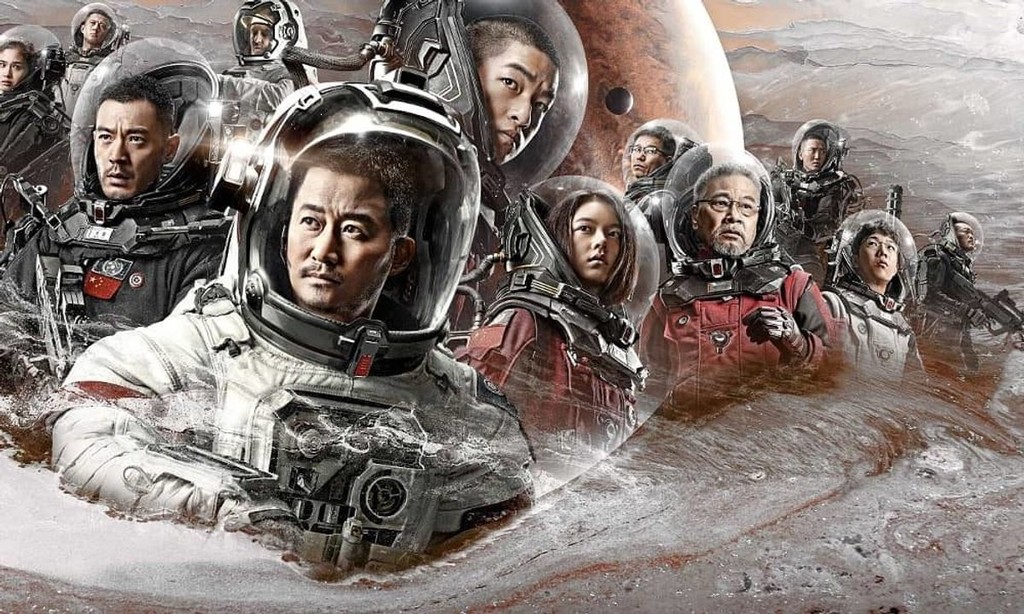 The voices critical with the absolutely enormous avalanche of new releases that accompanies the excesses of the platforms of streaming have in ‘The Wandering Earth’ a good point in favor of their protests. the Is the first blockbuster chinese science-fiction of this magnitude and with just a 50 million dollar budget has become, in just a few months, in the second chinese film highest grossing of the history. And has been released in the West by Netflix without the slightest fanfare, almost tapadillo.

it Is true that the platform serves more to their own productions to those of others that only distributes. And that the film is, in many aspects, china for the two hundred by one hundred and, therefore, complicated to digest for a few tastes western becoming less and less friends of the risk. But all in all, and despite the fact that the film suffers from a noticeable elephantiasis and a staggering lack of originality, the result is a blockbuster very defensible. And above all, it is the owner of a visual category that we are not accustomed to seeing on our screens, much less in a world exclusive for streaming.

The film adapts a novel by Liu Cixin, winner of a Hugo award that has seen published in Spanish works as ‘The order of the death’ or ‘The problem of bodies’, and whose ‘The Wandering Earth’ (in reality a collection of stories, among them the one that gives title to the film) will arrive in September, 2019 to the Spanish bookshops. The story, much briefer than the movie, dodges the conflict adventurous main of it, and poses from the same base if the drama that triggered the initial action will not, in reality, a deception from the government of the planet Earth.

The film goes much further: in the future, it is estimated that the Solar System will be consumed by the Sun and the terrestrial governments are the solution equipping the Land with ten thousand engines that make move the planet, and under that there are populations underground survivors already can not populate a vast surface. A group of people from both the Earth as well as from the international space station will have to deal with the possible collision with Jupiter because of the traction of gravity of this.

On paper, a real nonsense story (repeat: a planet Earth with engines that turn the rock blue on a ship in an organic and colossal) that is credible, thanks, in part, to the extraordinary poise with which he narrates all of the action, often with a literary voice-over that summarizes decades of life on Earth to the beat of ellipses. And on the other, by resorting to special effects are excellent and believable, but not especially realistic: all the phenomena that are seen in ‘The Wandering Earth’ convey a peculiar planetary scale thanks to his treatment, almost pictorial, that directs the images of the film into a kind of poetry colossal, astronomical.

‘The Wandering Earth’: the Earth omnivagante

The film does its job very well, flawless for a blockbuster of its kind, going by almost without difficulty the stressful situations one after the other, each derived from the previous. All within a feverish pace doubly meritorious when we consider that we do not speak of persecutions automobile at high speed, but of structures of the size literal planets, that is to say, that issues such as the situations, time trials and decisions of life and death have a cosmic scale. And yet the greater part of the time, the scenes manage to be exciting and the characters empathetic, thanks to the relationships that bind them, we describe a simple, fast and understandable, half-way between the topical and functional summary.

The problem is that there comes a time in which we distance ourselves from their great aesthetics, earthy, empolvorizada, as born of a kind of post-apocalypse, high-tech, because of their situations of second or third hand. Everything that happens on the space station we have seen it already, at the level of both plot (the AI rebel conforms to all the clichés of the genre, from ‘2001: A space odyssey’) as in the set-pieces of action that make up one version noisy of ‘Gravity’. In the Earth while to see how it develops a kind of recycling mastodóntico of ‘Armageddon’ in terms invested. There is No plagiarism explicit, but the feeling of deja vu is considerable. 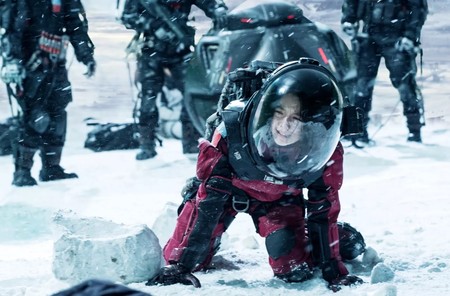 It’s an amalgam of tracks of the science-fiction regurgitados by means of the sensitivity east: the knobs of the feelings and the lack of modesty at 11 and, at the same time, the spectacular, colossal, sometimes skimming the abstract in its lack of measure. All of this in a plunder without complex of conventions from film western genre. The stew is promptly indigestible because sometimes, its brutalist aesthetic and its scale does not rhyme well with their (conventional) human dramas, which move in a plane almost home.

In any case, their success in China is perfectly understandable, and its virtues, quite eloquent. the escape artist in the broadest sense, and affordable of the word, the standard-bearer of a humanism for all audiences and without complications and at the same time able to put on the table some concepts of science-fiction, hard and slightly literary, it is evident that ‘The Wandering Earth’ deserved rather more attention than it has earned in its premiere digital in the West.

'An Elephant Sitting Still': the only film of the ill-fated Hu Bo is a work of enormous and full of sadness

'I Think You Should Leave (with Tim Robinson)': Netflix and The Lonely Island get a masterpiece of humor with his own 'Saturday Night Live'

‘Extremely cruel, evil and wicked’: the biopic of Ted Bundy on Netflix is extremely dull, flat and empty

–
The news ‘The Wandering Earth’: Netflix brings us a colossal proposal of science-fiction china, something devalued by its lack of originality was originally published in Espinof by John Tones .