‘The war of the planet of the apes’ is not the end of the series: Matt Reeves wants to roll out more sequels 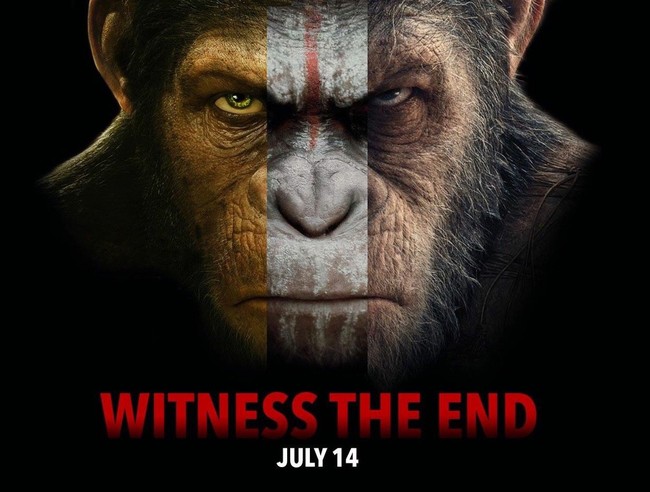 Now that you’ve come to theaters ‘The war of the planet of the apes’ question by the future of the franchise. We have been sold that this new release is “the end” even though, in reality, we all know that Hollywood is not you can kill a franchise while success at the box office. The question is: how do you plan to continue it?

What is certain is that the interest goes beyond the commercial exploitation of the mark by 20th Century Fox, Matt Reeves has declared that he wants to continue telling more stories. The co-writer and director of the last two deliveries is preparing ‘The Batman’, that will be his next project, but state that you have ideas to continue The ‘war of the planet of the apes’.

In the new film we are introduced to a character named “Ape Bad” (“Bad Ape”) that has the voice and the movements of Steve Zahn. In the scene where he explains his story, part of which appears in the video that I left up, it is the key to expand the franchise. So what explains Reeves in an interview for Fandango:

“When Mark [Bomback] and me, we came up with the idea to ‘Monkey Bad’ in the third, and that was to give to understand that there may be apes out there in the world of Caesar and his apes don’t know anything, and that may not have had the advantage of the leadership of Caesar and the values that he has instilled in its community.

“future Conflicts in this kind of epic journey can lead us to the film’s 68 without necessarily arriving there, ever, and it could be conflict between apes, not only between apes and humans. So, for me, there are many more exciting stories to tell, and I’d love to tell them.”

“What I’m interested in, and what excites me, is the journey towards the original stories. Because the story is not what happens, we already know what happens: this becomes the Planet of the Apes. But the world that is described in each film is different from that which we know from the classic of 1968, and becomes an opportunity to explain how we got there, and an opportunity to show a mirror of the human nature. Really, when we look at the nature of the ape, we see ourselves reflected in those apes, that’s why we indentificamos with them.”

Although it is not necessary to reach the film of 1968, in ‘rise of The planet of the apes’ talks about the launch of the spacecraft Icarus, where he is travelling in the character of Charlton Heston. In fact, in one of the trailers of the new delivery included the voice of the actor, as a reminder of the fate of the planet, and the saga. It can be rare that everything revolves around the apes in the(s) following(s) sequel(s) but Reeves has shown that it does not need human characters to tell great stories.

'war of the planet of the apes', epic new trailer for the third installment of the saga

'war of the planet of the apes': spectacle and intimacy to a masterpiece of science fiction

–
The news ‘The war of the planet of the apes’ is not the end of the series: Matt Reeves wants to roll out more sequels was originally published in Espinof by Juan Luis Caviaro .

‘The war of the planet of the apes’ is not the end of the series: Matt Reeves wants to roll out more sequels
Source: english
July 15, 2017