The web Google Play is renewed: this is all that has changed 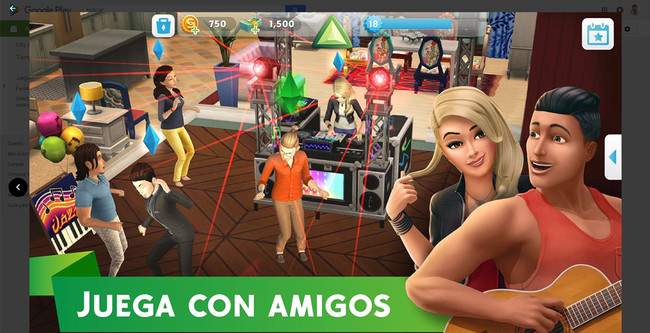 While the app from Google Play to change and add things, the web version of Google Play is more or less the same since years ago. Now Google has applied a light coat of paint, although you will need to pay attention to see what has changed.

The listings will remain for now the same and the changes are focused on the tab of an application. Here we have renovated some of the elements to give them a look more Material as the image viewer, the comments or the drop down with the list of devices. We tested it and we tell you the news. 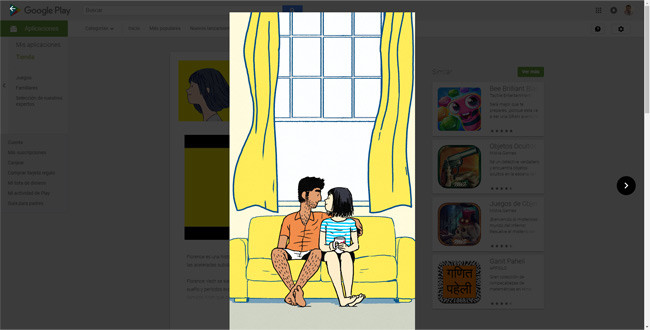 Not you, but I until now had a love-hate relationship with the image viewer on Google Play. Instead of leaving you see the image as is, just playing the mouse and the cat, and sometimes not even I opened the images in large. Luckily, the new viewer has less animations and it’s more normal: a carousel of pictures the old fashioned way.

When you click an image, it opens full screen and you can browse to the following pictures by clicking on the arrows. You can’t use the mouse to move from photos for now, which seems to me a failure of accessibility important, but good. The photos are, in addition, largest, as long as your screen resolution allows it.

In the preview images in the tab itself also changes the way in which you can go image. Whereas before clicking on the arrow was an image, now the displacement is horizontal and only while you hold the button down. 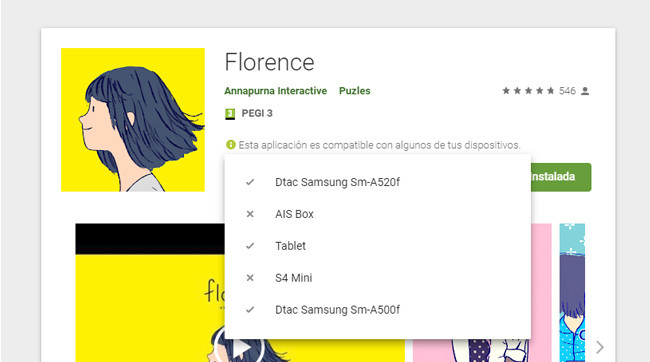 The list of compatible devices has also received a face cleaning to suit the new design lines of Google. The list simply mark with an X or a ✓ if the device is compatible with, and in the text it says if it is compatible with all, some or none. There seems to already be displayed the text “is not available in your country”.

All comments on a page 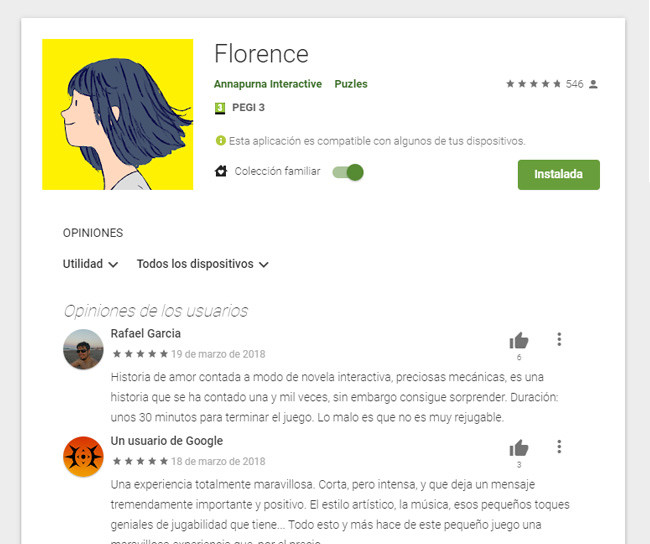 The comments in the Google Play web functioned in a way similar to the image viewer, and have received the same treatment: the outside animations, and within special page for them. Now, when you click on All comments opens a page that just shows the comments in a list.

Changes in the metadata 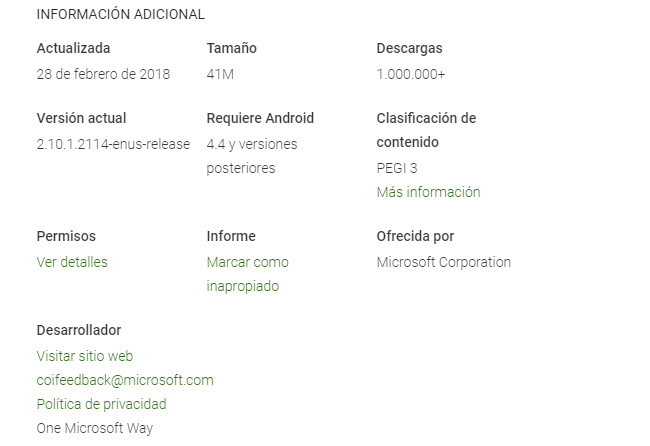 finally, the metadata of an application have also changed slightly. The range of downloads is not displayed as a range but as more of, unified with the mode in which it is shown in the Android application. That is to say, instead of putting 1.000.000 – 5.000.000 simply put 1.000.000+. It also seems that in some cases the size of the application is getting wrong, by dialing 0.

For all this, it seems that the redesign of Google Play on the web is a little half-baked. The changes are welcome, but the same image viewer does not finish work all that well and there are other parts that could well receive a remodeling. Little by little.

In Xataka Android | Google Play Instant: so you can test games quickly without having to download them

–
The news The web Google Play is renewed: these is all that has changed was originally published in Xataka Android by Ivan Ramirez .