The Wonderful 101 Remastered announced for PS4, Switch, and PC, due out in April

The japanese study, has begun a campaign of crowd-funding to bring this game still exclusive to Wii U to Nintendo Switch, PlayStation 4 and PC with a remastered version.

Os what is advance on Saturday and is already a reality: the japanese study PlatinumGames, creators of such titles as Bayonetta or Vanquish, has begun a campaign finance in the platform called Kickstarter to carry The Wonderful 101 to Nintendo Switch and PS4 PC with a remastering. This game was released in 2013 exclusive to Wii U, and is a great adventure of action that went very unnoticed, with sales very low.

The objectives that have been marked are us $ 50,000 for the Switch version, 250.000 for PC through Steam and 500.000 version of PS4, and at the time of publishing this news, because the campaign had raised more than $ 350,000, and the contributions don’t stop uploading so unstoppable, so it seems that you will achieve your goals very easily. Of time has not been announced the possible release of Xbox One, but if it is to meet the first three objectives will be the next to be announced.

to access a digital copy of the game, you have to put in at least 33 euro, and 37  to have in physical format, with a planned release in April of this year. Of course there are higher objectives, with various special editions that include the soundtrack, art books, comics and all kinds of extras, the edition ‘Pure Platinum’ from 4576  contribution to more high. One of the most curious is the so-called ‘The Wonderful 101’, with which for the 92 eur you get the game in physical format, a t-shirt, a comic book and Hideki Kamiya will block on Twitter, a practice well known for the creative japanese. 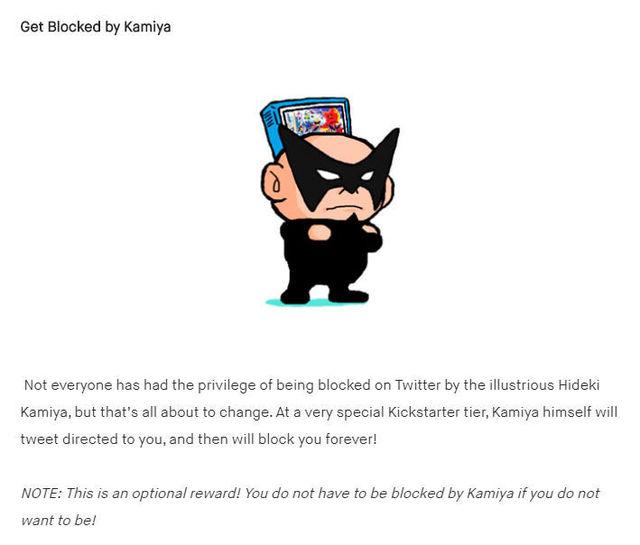 The remastering of a great game action

The Wonderful 101: Remastered have different settings and enhancements supervised by the director of the original game, Hideki Kamiya, some of them focused to be more accessible to all players. To be an exclusive title for Wii U this took great advantage of the controller screen of Wii U, and the asymmetric game play, and some things will have to change, to evolve now of all the action on a single screen. In the Switch version will have the touch actions whereas before it did on the screen of the GamePad, but will be optional. The own Kamiya has said on more than one interview that he preferred to perform these movements with the right stick on the controller. In a press release, PlatinumGames has explained that the game will come to other platforms thanks to the kindness of Nintendo, which has assigned the rights to be able to publish this remastering, and that has always been a goal of the study possess and publish their own sagas that create, although the rights of The Wonderful 101 still belongs to Nintendo, and these should give the green light to future sequels.

This morning os count that PlatinumGames had opened a mysterious web page with the number 4, and has already been updated to reveal that the number 1 is this, The Wonderful 101 Remastered, and remaining three other games to be announced, which we imagine will be revealed in the coming weeks or days. What will be? In these moments in addition to this recently ad it is known that they are working on Bayonetta 3 for Nintendo and Babylon’s Fall for Square Enix, although given the nature of today’s announcement, that is a game that go to autopublicarse, it could be the same case in the other three games still left to announce. The Wonderful 101 Remastered announced for PS4, Switch, and PC, due out in April
Source: english
February 3, 2020