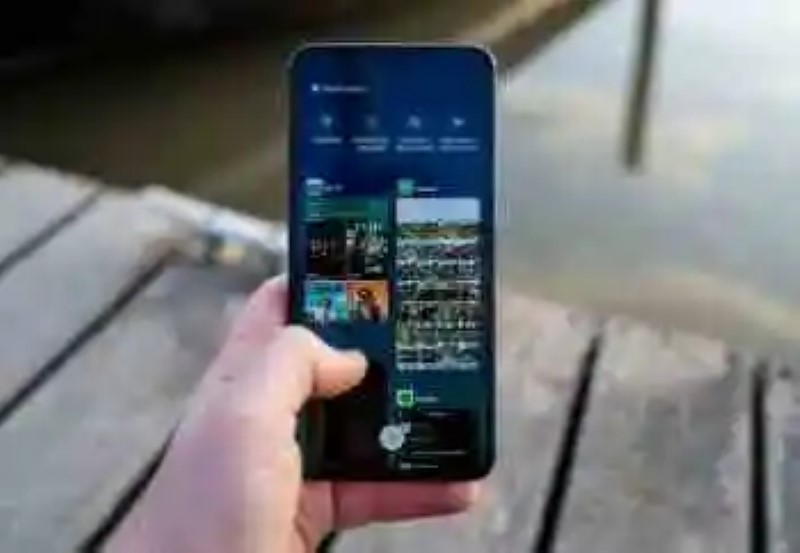 The Xiaomi Mi 10 Pro 5G will have 16 GB of RAM, and a battery of 5,000 mAh, according to leaks
The start of a new year comes hand-in-hand of new product launches in the mobile frontier. In the case of Xiaomi,...

The start of a new year comes hand-in-hand of new product launches in the mobile frontier. In the case of Xiaomi, one of the companies with the most extensive catalogue, we are waiting for the new family My 10, which have already been filtered several specifications.

Today we have known, through the settings of an alleged Xiaomi Mi 10 Pro 5G, several of the specifications that would come to be the butt-end of Xiaomi in the beginning of the year. Among them, 16 GB RAM, 512 GB of internal memory, and a giant battery.

► WhatShadow, hidden status in WhatsApp German few days ago we had about Whats...
► Kairosoft puts us in the shoes of a home in Dream House Days The company Kairosoft has already manage...
► iMessage for Android and malware problem Android is always in the spotlight for se...

The Xiaomi Mi 10 Pro had been filtering design and some of their specifications. However, it has been today, when you have reached the filtration most extensive to date, thanks to the settings section of the course terminal, in which is detailed in the good part of the specification sheet. In what is expected, we find a processor Qualcomm, the Snapdragon 865, SoC that comes with connectivity 5G. In the same way, the camera will be, according to the leak, quad, with main sensor 108 MP, accompanied by three other, 16, 12 and 5 MP, respectively.

If we talk about battery, this would achieve a amperage between 5,250 mAh, one of the largest in the catalogue of Xiaomi, and the biggest battery that has never mounted a terminal from the family of My X. Here there is news on the charging technology, but make sense of previous rumors that pointed to 66W to their charge, having regard to the size of the same.

16 GB RAM and 512 GB of internal memory. A configuration superior to that of many laptop computers today

Xiaomi Mi 9, analysis: the big bet of Xiaomi to gain in quality-price in the high-end 2019

it Is in the RAM where there are still surprises, with a 16 GB configuration, almost the double of what riding the high range current, and four times more than, for example, a iPhone 11 Pro (remember here that each system manages RAM in a way, but it is curious the fact). If so, unless surprises, the My 10 Pro 5G could become the first mobile on the market with such amount of RAM, exceeding the already generous 12 GB of some proposals, such as the OnePlus 7T Pro McLaren. To accompany this RAM, 512 GB of internal memory, with foreseeable technology UFS 3.0.

Regarding the panel, 6.4 inch with FullHD resolution+, with a refresh rate of expected 120 Hz. Recall here that expected a price of more than 640 dollars for this Xiaomi Mi 10 Pro, which would be the terminal more expensive (removing special editions and others) in a terminal of this family.

–
The news The Xiaomi Mi 10 Pro 5G will have 16 GB of RAM, and a battery of 5,000 mAh, according to leaks was originally published in Xataka Android by Ricardo Aguilar.

Shenmue III shows us the richness of sumundo with all kinds of activities
The game will be full of activities that its creators considered it 'usele...
Sitges 2019: ‘Guns Akimbo’. An insane orgy of violence and humor with a Daniel Radcliffe unleashed
among all the virtues that make Sitges a contest unequalled, and invite...
Telecinco has already presenter ‘Got Talent Spain’: Santi Millán
'Got Talent Spain' It is the next big Telecinco to renew their entertain...
Yooka-Laylee gets a major update on consoles
Improvements in the camera performance, and more.Playtonic Games has annou...
Bibliography ►
Phoneia.com (January 30, 2020). The Xiaomi Mi 10 Pro 5G will have 16 GB of RAM, and a battery of 5,000 mAh, according to leaks. Recovered from https://phoneia.com/en/the-xiaomi-mi-10-pro-5g-will-have-16-gb-of-ram-and-a-battery-of-5000-mah-according-to-leaks/

This article was published by Phoneia, originally published in English and titled "The Xiaomi Mi 10 Pro 5G will have 16 GB of RAM, and a battery of 5,000 mAh, according to leaks", along with 18988 other articles. It is an honor for me to have you visit me and read my other writings.
◄ The European Union wants to enter the mobile charger universal this summer and Apple is opposed
Code Vein unveils its first DLC, a Hellfire Knight, on PC, Xbox One and PS4 ►