The Xiaomi Mi A1 is updated to Android 8.0 Oreo 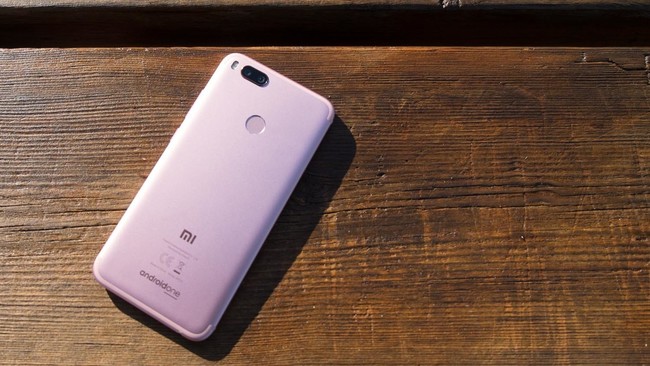 The Xiaomi Mi A1 is one of the most mobile recommended of this 2017 that is about to end. The combination of a data sheet very balanced with a very competitive price they have set. But it is not just a matter of price or hardware, there is another variant in the equation of success on My A1 and it is not other that the software, an Android One that leaves behind the strong customization of MIUI and in addition comes with a promise of updates.

Yes, My A1 has been slow to be updated, but it has done just as Xiaomi promised. Xiaomi said that its mid-range star would have his ration of Oreo before the end of the year and today, December 31st, after a period testing, finally is reciibiendo the stable version of Android 8.0 Oreo.

keep the system up to date to receive Oreo

even Though by a hair, Xiaomi has fulfilled its promise of launching Oreo in My A1 before the end of the year. The Xiaomi Mi A1 are currently being updated to Oreo, not a new beta, but the stable version and final of the system.

as has been indicated Xiaomi on his Twitter, the only requirement to be able to install Flash on My A1 is to have the system up to date with the latest update of December that corresponds to the version 7.12.19.

We're ending the year with an Or! #MiA1 users, stay tuned as we're rolling out your long-awaited update in batches, but make sure you're already on the latest December update (7.12.19) to receive Android! pic.twitter.com/GhRtDnyJn4

despite the fact that the company has published the release before the end of the year, for the moment, we have not received the notification in our unit, so that the promise could not be fulfilled in all the world. you have You already received the update in your My A1?

–
The news The Xiaomi Mi A1 is updated to Android 8.0 Oreo was originally published in Xataka Android by Amparo Babiloni .