The Pokémon Company has unveiled the first sneak peek.

The Pokémon Company wanted to start the year, betting big on your next delivery film, which will represent the film at number 22 in the series. Metwo Strikes Back Evolution will premiere next July in Japan, and today we met the first advance of the production:

The reaction of the fans

Mewtwo Strikes Back is the continuation of The power of all, the most recent film of Pokémon premiered this 2018. This new release is the return of the Legendary Pokémon Mewtwo, making allusion to the classic of 1998, and fans have not been slow in expressing their first impressions of the teaser.

“are we Going to go for 3D now? Pokémon is betting all sorts of directions lately, and it’s pretty interesting.”

“I Am happy because you have quoted the best line of dialogue in the history of cinema.”

i just got so happy that u quoted the best line in cinematic history pic.twitter.com/jlpIXEnAD7 Lewtwo (Comms. Open) (@Lewchube) December 31, 2018

“Mewtwo is the Broly [Dragon Ball] from Pokémon.”

“I Cannot believe that the first news of the year is that the new movie of Pokémon it is completely CG.”

Can’t believe the first news of the year is that the new pokemon movie is a full cg film. Just fkn great… pic.twitter.com/f2YJ3ResUC ApocalypseIndustries (@Manilla_AI5) December 31, 2018

“this time, this new film Pokémon has captured my interest, but I think that Mewtwo has been squeezed too much. If this is a remake of Pokémon, your first move will be to make something awesome to impress me.”

So far for this new pokemon movie, I’m interested but i think MewTwo has been milked waaay too much. If this is a remake of Pokemon the 1st move you are going to have to do something mindblowing to impress me. MysticXmas (@MysticUmbreon94) December 31, 2018

I remember the film will be released in July 2019 in Japan. As you approach the date of arrival in the theaters, we will know more details of the same. 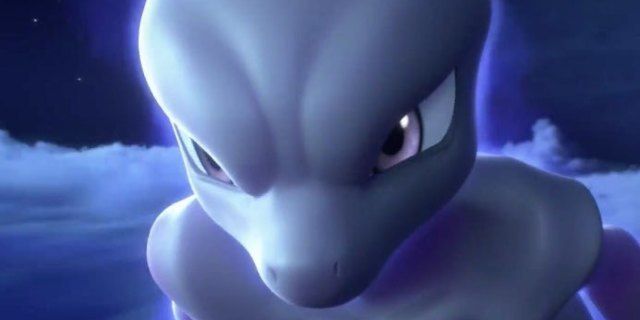 These have been the reactions to the teaser of ‘Mewtwo Strikes Back Evolution’
Source: english
January 1, 2019