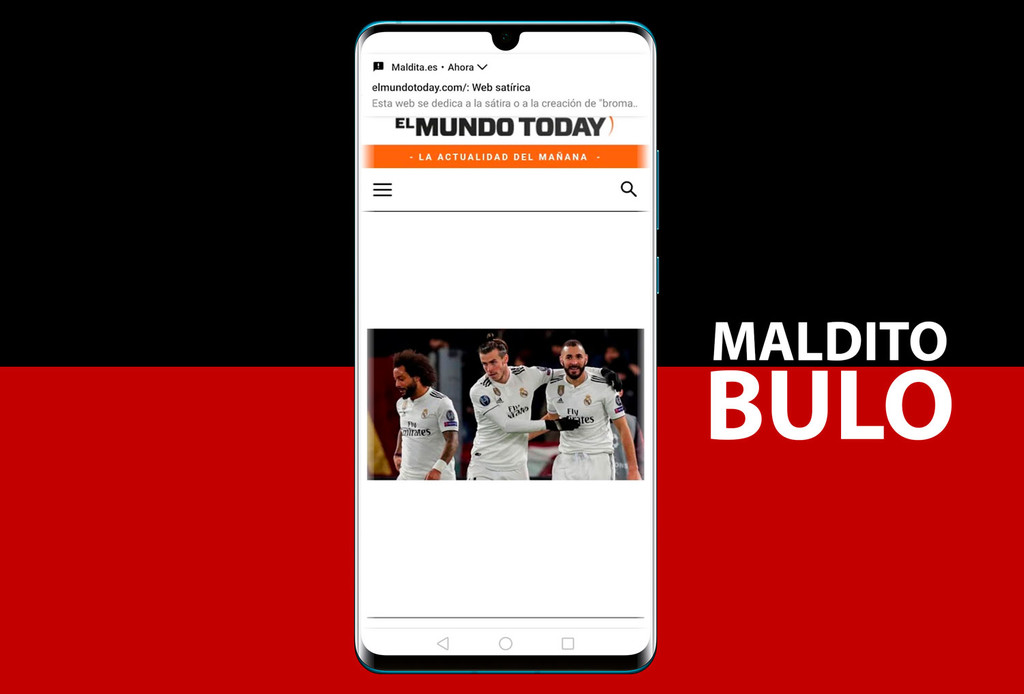 Unfortunately, the concept of ‘fake news’ is highly topical in these times. The result of this problem, initiatives have emerged that seek to disprove any false news, in Spain for example we have Fucking Hoax, a service that checks the veracity of information that are spread online and has just released an app for Android.

The application of a Damn Hoax is called Damn.it is and it is available in the Play Store for free. Your goal is to tell us when we enter on a website in which you have detected fake news above, but also provides access to the content of Damn Hoax to see their past denials. We we have already tested and we will tell you how it works.

“A machine will not call a person to clarify a lie”: it was in Newtral, the obsession with anti fake-news of Ana Pastor 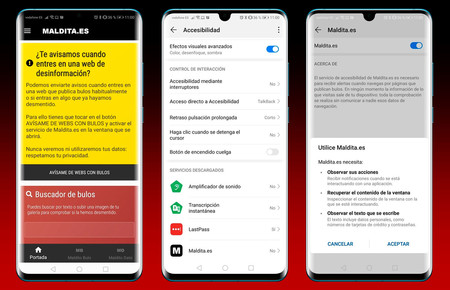 For that Damn.it detects websites with false news, give access permission.

As we have already mentioned, the main task of the app Damn Hoax is let us know when you visit websites that tend to publish false news. To do this, the app has to be able to “read” what we are doing and that means we have to give some permissions very wide

upon opening the app, a warning appears on a banner of a yellow background that leads to the Accessibility menu in Android, where we will have to enable access to Damn.is. What permissions are needed exactly? is The app will be able to see our actions, inspect the contents of a window and also the text that is written.

The first and foremost business: the app gives you reminders when you enter on web pages that publish misinformation. You will have to enable some permissions quite extensive but the app just intercepted the URL from the browser (and in addition, we do not send data: we will not know where you surf). pic.twitter.com/dnT1zMHIgW

As we said before, permissions are very broad. The developer of the app, David Fernandez, “Naroh”, has commented on Twitter about this detail and says that the only thing that makes the app is to intercept the URL. It also insists that do not send the data to any site. 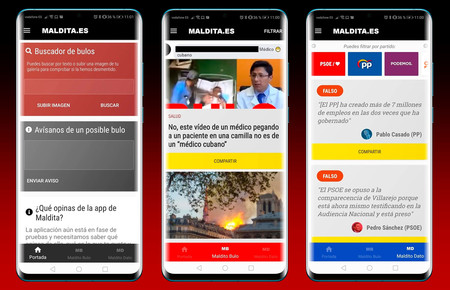 With respect to content, the app is structured into three blocks. In the first tab is the cover page, where we can look for you or alert hoaxes, in addition to be able to leave an opinion on the app. Then we have the tab with the latest news from Cursed Hoax and finally Damn Data, a section where they are belie data provided by politicians in election campaign. 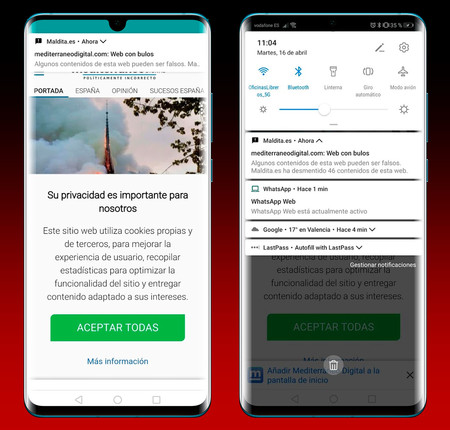 A notice on a website known for spreading false news.

But we are interested in of Damn.that is, the detection of hoaxes. The app is not able to disprove news specific, what does it tell us when we enter on a website that already have been debunked news. On these lines you can see an example of a website that meets these characteristics. The app shows us a notice to us indicating that they have disproved 46 news of this site. Not to say that all of the content is fake, but yes there are chances for it to be. 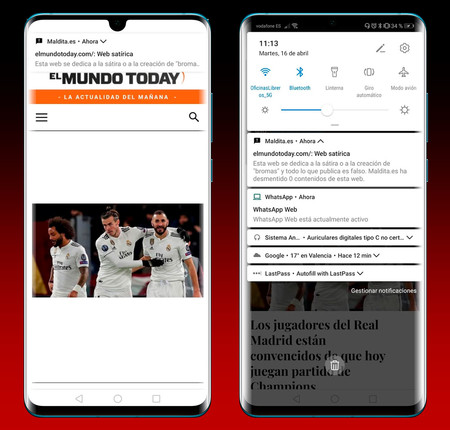 A notice of a web satirical.

There is another type of notice if where we go is a web-satirical as it is the case of The World Today. Damn.it shows a notification like the one above, but indicating that it is satirical content and not false; the nuance is important.

For the moment, the app Fucking Hoax is in the testing phase, but at least us has not given us any problem. As a downside, the fact have to give permissions so wide is somewhat problematic and it may be that not all the world is willing, but it is a good option if you want to be aware of the history of the veracity of the sites that we visited. Damn.is – Journalism so that you are not the go

Dictionary.com you want your data at all costs: the new update adds seven permits of the most controversial

there is Animoji for Android: don’t fall into the apps fake

–
The news this is the new app of Damn Hoax to fight against the ‘fake news’ was originally published in Xataka Android by Amparo Babiloni .