Thomas Mahler, Moon Studios, gives for sure a Bloodborne 2

Thought ‘99%’ that will be presented at E3 next month of June.

Bloodborne 2 has not been officially announced, but all rumors indicate that this next game from from Software could be presented at E3 2017. The latest in stoke the rumors have been Thomas Mahler responsible for Moon Studios. 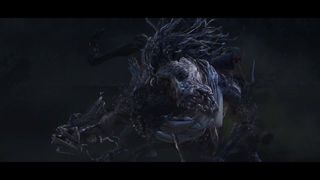 Mahler, head of Moon Studios the team that signed Ori and the Blind Forest, has said in the on-line community of NeoGAF that is convinced that the game will be presented in the conference of Sony event Los Angeles.

“I’m convinced the 99% that we will see”, has said in the forum. Since then, this is a desire among the players that follow the path of the japanese study From Software and it could be one of the titles in the that is involved in these moments Hidetaka Miyazaki, director of Bloodborne.

Mahler does not indicate if it is a hunch or if there are any type of backup that will be invited to be so sure that this can be one of the announcements of the event american, which will take place from 13 to 15 June.