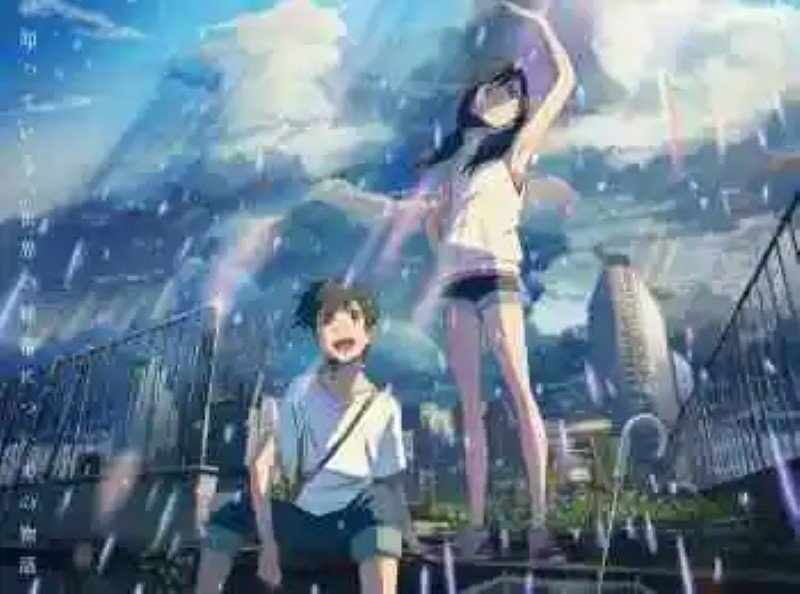 ‘Time with you’ only equates to ‘Your Name’ in his splendid visual finish
‘Your Name’ it was a miracle of film. The movie directed by Makoto Shinkai could have been unbalanced by a thousa...

‘Your Name’ it was a miracle of film. The movie directed by Makoto Shinkai could have been unbalanced by a thousand different sites, but in the end it is one of those rare cases in which one has to define what appears before their eyes as that elusive movie magic that many aspire to and only few achieve.

Shinkai already had a good handful of feature films under his belt, but it was ‘Your Name’ that will really unveiled to a mass audience who now expected that his new job matched at or even surpass the previous. In addition, ‘The time you’ uses similar ingredients, but the mix is far from being the same level as its predecessor, but the initial disappointment will not prevent us from seeing its virtues, that is.

‘time you’ re playing with the idea of a romance between two young people, unknown until then, but here the element of science-fiction takes on a character of mythology that dilutes part of what should be a love story sweeping. During the first half of the movie we see how the ways of Hodaka and Hina cross until we come to the great revelation of that she has the ability to alter time.

that’s when ‘The time you’ should have had an effect on the progress of the relationship between the two, but instead of that bet for a nice sub-plot in which she decides to rent out their services to make happy to those who want to see the sun, even for a few minutes. That decision gives rise to a few funny moments that work very well as a small island narrative but also just playing against the real interests of the film.

What’s so special about 'Your Name', the anime more house history

Already on ‘Your Name’ had several scenes that had to think of an anime teen court more lightweight, but they were practically all within the first half hour of film to get the empathy of the viewer with two protagonists before you start to reveal their cards and go seduciéndonos up to take us to the verge of tears. There Shinkai got a perfect balance between form and background, as visually it was stunning and had some of the moments that already occupy a privileged place in the history of cinema.

For ‘time with you’ has returned to bet on a visual finish that does not detract in nothing from ‘Your Name’, knowing when to enhance a touch more realistic the film, the one that allows you to give an extra touch of personality to your tapes, and when it touches let go by the look more fantastic function by way of reinforcement of what we are counting. The downside is that it has the support suitable for the love story between Hodaka and Hina look everything desired.

therefore, ‘The time with you’ goes beginning to show their weaknesses as they move on the minute, reaching its climax in a final stretch where the drama comes to the fore, because that emotional intensity that shows Hodaka doesn’t feel like something natural. It is true that each one grows to maturity in a different way, but the fact that rush into the facts has an effect narrative negative which I think is due in part to the form of address the characters until then.

And is that Hodaka is the true protagonist of the role, a fact that does not have in itself anything negative, since their arrival at a Tokyo hostile to their interests is well-executed, allowing us to know his state of mind in parallel to start to get to know the rest of characters. Where the thing fails it is time to go deeper in Hina, since we never got to know her really, and one is left wanting more, not necessarily about the origins of their powers, but the way you have to deal with this anomalous situation.

it is Not a situation that gets to be frustrating, but in ‘Your Name’ was something that was much better resolved and they helped to take the viewer on the edge of their seats when the game with the different temporal spaces, passing it to the foreground.

Here we see the magic in pictures, but never finished it.

‘The time with you’ is a proposal estimable that, unfortunately, goes from more to less when it should happen just the opposite. Visually it has nothing to envy ‘Your Name’, but you lack the background needed to make really all the party to a love story in the line of previous works of Shinkai.

'I am Dolemite': Eddie Murphy returns to the big door on Netflix with a biopic blaxploitation

–
The news ‘time with you’ only equates to ‘Your Name’ in his splendid visual finish was originally published in Espinof by Mikel Zorrilla.

This article was published by Phoneia, originally published in English and titled "‘Time with you’ only equates to ‘Your Name’ in his splendid visual finish", along with 18988 other articles. It is an honor for me to have you visit me and read my other writings.
◄ The Redmi K30 Xiaomi appears in images showing your final design
Google studies to improve the airplane mode in Android 11: turn it on not off the Bluetooth ►