Takes place in a night club.

This map is set on the shores of Ibiza, and allows a fluid battlefield, according to the editor, thanks to the open areas and interiors. Will be available for PvE and PvP -players against enemies and players against players-.

Coastline, along with two new characters Spanish, will be presented in detail in the February 5, the day of the Rainbow Six Invitational. 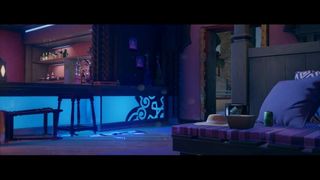 Tom Clancy’s Rainbow Six Siege it is a game of action competitive multiplayer is available on Xbox One, PlayStation 4 and PC. Account with multiple modes of game and bet on scenarios of all types to promote the fight body to body, the intense action and the approach to tactical.

Download Best WordPress Themes Free Download
Download WordPress Themes
Download Premium WordPress Themes Free
Download WordPress Themes Free
ZG93bmxvYWQgbHluZGEgY291cnNlIGZyZWU=
download micromax firmware
Download Best WordPress Themes Free Download
lynda course free download
Tom Clancy’s Rainbow Six Siege shows your next free map, inspired in Ibiza
So is the Career mode of DIRT 5: more than 130 events and the voices of Nolan North and Troy Baker
DIRT 5 presents its Career mode, which is divided into five chapters, guid...
‘Pacified’: the victor of the 67th festival de San Sebastián is a drama full of violence and beauty, lacking in creativity
Among the hottest topics of the contemporary cinema of the end of last ...
Warner wants to hire James Gunn after his dismissal from Disney
Has been almost immediate: as soon as it has seeped Disney does not have ...
Star Wars Force Collection: Use the Force to get the best cards
Star Wars license is no stranger to video games, but at the same time...