Tomb Raider returns to the movies: What we expect from the film?

What we know. The relationship between cinema and video games is dangerous. Over the years we’ve met with adaptations of dubious quality most of the times, but at times have also flourished productions worthy of doing honor to the video game they represent. Silent Hill is one of them. 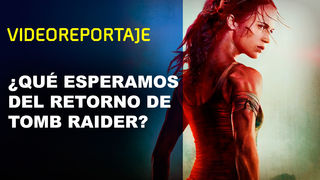 it is True that if we do balance are more adaptations bad than good, but as they say, hope is the last thing you lose. After Castlevania in Netflix, which has not been bad, and the announcement of the series The Witcher, comes the first trailer of the upcoming movie Tomb Raider.

The series shifts gears, leaving behind the bullets of Angelina Jolie to show us to a Lara Croft more realistic. What we have been able to see in their first trailer? What is it that we expect from the film? We review the key points of this production, which hit theaters in march of 2018.

The film is starring the oscar-winning Alicia Vikander, young Swedish actress born in 1988 and rose to fame by receiving the Oscar for best supporting actress in The Girl Danish. It is also known for having played the cyborg Ava in Ex Machina and other productions like The Seventh Son.

The youth of Vikander and their morphology move away from the classical canons of Lara Croft and the approach to the role of survivor rookie who met in the reboot, 2013 that inspires the film. The actress has trained very hard to improve his physical shape and be able to perform scenes risky. 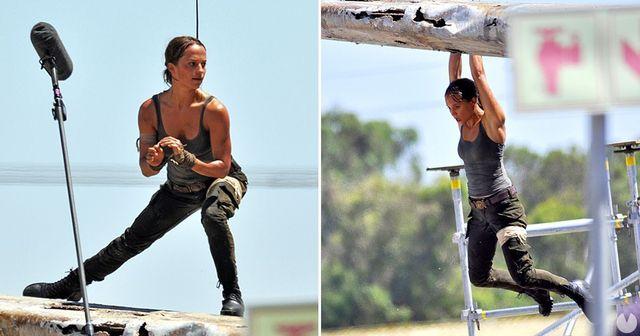 Vikander has been defined as the follower of Lara Croft, from its origins, so this role was very attractive. “It was rare to see a girl starring in a video game by that time”, explains the actress that highlights the ferocity of the archaeologist created in the mid-nineties.

Always wanted to be the protagonist of an action film, so he did not hesitate a second to accept the role and prepare for it. The workouts have been tough to be able to do this and your body has gained strength and endurance, something that has made their castmates define it as “wild“. 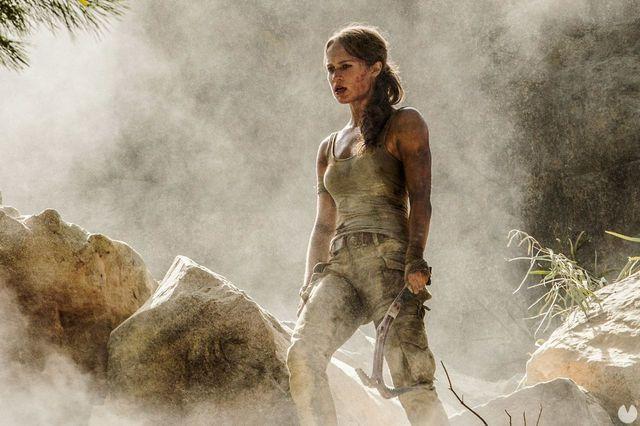 the case of The neck of the giraffe

the publication of The first movie poster has left us with a ration of montages and memes in social networks. What is the reason? The use of Photoshop applied on neck Vikander, who seemed to be clearly handled with a purpose that is unknown. The composition of the poster has given work to the followers of humour digital, and mounts.

my Mother the poster of the movie Tomb Raider… pic.twitter.com/I2Pcwl5FXX Magman 😕 (@Elhombremagma) September 18, 2017

The background of its director

Roar Uthaug is the filmmaker chosen by MGM for the production of the movie based on the saga of Square Enix. Among his works are films such as Escape or Fritt Vilt, but especially stands out for Wave, which plays with the concept of natural disaster from the prism of a tsunami. As we have seen in the trailer, in Tomb Raider not going to miss the scenes with water. 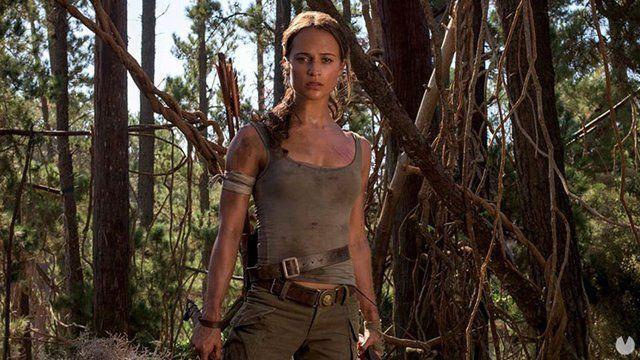 A plot similar to the reboot

The argument of the film of Tomb Raider is the responsibility of Geneva Robertson-Dworet, that has taken as its starting point the plot narrated in the video game released in 2013. The film is not going to be a carbon copy of the title of Crystal Dynamics, but an adaptation from their home bases.

In the new film, Lara Croft works as a distributor post. Your father disappears and leaves in its hands an entire empire, but the young man refuses to take the reins and decides to investigate the reasons of the disappearance of their parent. 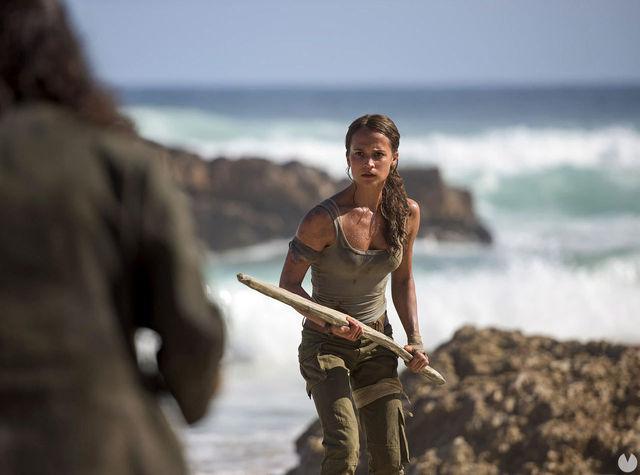 The tracks end up taking Lara to the Sea Devil, where it will continue in the footsteps of his father in the search of the tomb of the Mother’s Death and faces the Trinity, a mysterious organization that is also after what you want to hide this dark reservoir of another time.

those Who have played the title you know, it’s exhibit a number of common elements, but it is unknown if the road will follow Lara will be similar. For the moment we have already seen some scenes clearly inspired in the game as the jump of the boat, or climbing the wing of the plane.

A realism according to the movies

Film and video game are media that share aspects of the language, but also radically different. It is for this reason that the film of Tomb Raider will ask an realistically in the action scenes. There are movements and situations little true that in a video game may be accepted, but in a movie can end up being strange.

We would love to see a Lara Croft of flesh and bone, human and with feelings, not a girl that has the qualities of Terminator to the time of overcoming the situations. Vikander must live borderline situations to get into character, but not to cross way over the barrier that separates the fact from the fiction to avoid creating prints incredible in the worst sense.