Trailer end of ‘Dark Crystal: The era of resistance’, Netflix promises a great adventure in the universe of Jim Henson

Netflix has several bullets in the bedroom, so that in August we do not go much to the beach, and keep glued to our television sets. One of the most promising is ‘Dark Crystal: The era of resistance’, the prequel to classic directed by Jim Henson and Frank Oz in 1982. If we had any doubt of this, the platform has just launched its invigorating trailer end.

The world of Thra is dying at the beginning of ‘Dark Crystal: The era of resistance’. The evil Skeksis has corrupted the crystal of truth, the source of an incredible power that is in your heart. One day, three Gelflings discover the sinister truth behind the tremendous powers of Skeksis, which gives rise to an adventure destined to end in an epic battle for control of the planet.

In a decision what is most surprising, Netflix entrusted the reins of this animated series Louis Leterrier, French filmmaker tape as ‘The incredible Hulk’ or ‘Agent contrainteligente’. Hopefully you know how to recover the charm of the original film, because otherwise it will eat you alive as it debuts. Everything we have seen until now are invited to be optimistic, yes.

A cast of voices are flawless 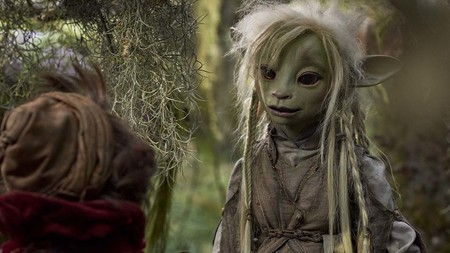 Where they have been careful enough to not leave you with any doubt is in the voice cast, since Netflix has signed to Taron Egerton,, Anya Taylor-Joy and Nathalie Emmanuel to the three main roles. In addition, it is also confirmed the participation in their original English version of Mark Hamill, Helena Bonham Carter, Alicia Vikander, Mark Strong, Toby Jones, Simon Pegg, Natalie Dormer, Eddie Izzard, Keegan-Michael Key, Andy Samberg, Theo James, and Jason Isaacs.

If the trailer I liked, I have good news for you, because there is very little to be able to see ‘Dark Crystal: The era of resistance’: the August 30 will be available all the chapters of the first season on Netflix.

'Rocketman': why the movie about Elton John performs better than the majority of biopics recent

All the premieres on Netflix in August 2019: return 'GLOW' and 'The girls on the cable', comes 'Dark Crystal: The era of the resistance' and more

Vibrant trailer of 'For All Mankind': so is the range space of the creator of 'Battlestar Galactica' for Apple

–
The news Trailer end of ‘Dark Crystal: The era of resistance’, Netflix promises a great adventure in the universe of Jim Henson was originally published in Espinof by Mikel Zorrilla .