Trailer for ‘Friends home’, the new film from Netflix to the service of Amy Poehler, Maya Rudolph and Tina Fey

Netflix has released the trailer of the first film directed by Amy Poehler and starring several of his colleagues preferred. And is that the trailer of ‘Friends with solera’ is exactly what you think it entails: friendship, laughter and too much wine.

Maya Rudolph, Tina Fey, Rachel Dratch, Emily Spivey, Ana Gasteyer, Paula Pell, and Cherry Jones have now an excuse to drink wine with his friend and director Poehler, who also stars in the comedy. ‘Wine Country’, as its original title, is a new comedy-rated R, which will come to Netflix on may 10. 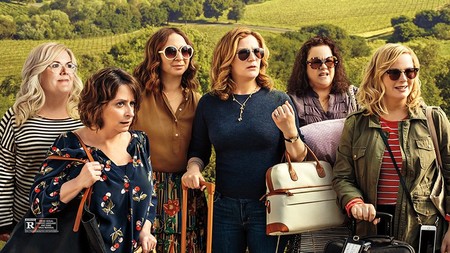 The film follows Abby, played by Amy Poehler, while brings together a group of old friends to celebrate the 50th birthday of her best friend Rebecca (Rachel Dratch). They are joined by Ana Gasteyer, Paula Pell, Emily Spivey and Maya Rudolph on a tour of the ethyl for the Napa Valley. Tina Fey, Jason Schwartzman and Cherry Jones also join the adventure.

The formula should work and deliver a few good laughs, given great value that a large part of the cast from their days on SNL.

Trailer and date for the premiere of 'The OA Part II': the cult series from Netflix leads us to a new dimension

–
The news Trailer for ‘Friends home’, the new film from Netflix to the service of Amy Poehler, Maya Rudolph and Tina Fey was originally published in Espinof by Kiko Vega .

Trailer for ‘Friends home’, the new film from Netflix to the service of Amy Poehler, Maya Rudolph and Tina Fey
Source: english
April 12, 2019