Trailer for the series ‘What We Do In The Shadows’: Taika Waititi leads to their vampires (and werewolves) to the tv

Five years have passed since that Jemaine Clement and Taika Waititi surprised the world with his documentary film about the vampires in the present. After a lot of successes, meetings and projects that were unimaginable then, their world of fun darkness will return this spring in a serial format.

Vampires of yesterday and today

‘What we do in the shadows’ will tell the story of three vampires who share a house on Staten Island, where they combine their lives and their plans for the domination of the humanity that surrounds them while they are being recorded for television.

The first trailer for the FX series created by Taika Waititi and Jemaine Clement shows us what happens when these people cease to be educated and begin to lose the stirrups. Either with the cashiers at your grocery store or with their greatest enemies: the werewolves. 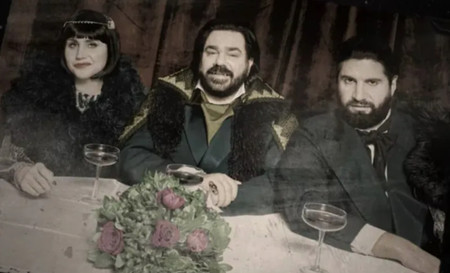 Although it may seem that the absence of Waititi or Clement would be a pothole inevitable, count with aces of comedy such as Kayvan Novak or Matt Berry is a life insurance. Like the plans of its leaders, who are brought up with a sequel in the form of a second movie focused on the werewolves, and that will be entitled ‘We’re Wolves’. In addition, your universe is still expanding after the ‘Wellington Paranormal‘, a spin off focused on the police officers in charge of investigating what the hell is going on in New Zealand.

The series adaptation of ‘What we do in the shadows’ premiere 27th march.

Return the 'Young hidden': The CW is preparing a series about vampires ochenteros

Season 2 of 'Counterpart' you already have a trailer and a release date: it is about the war between the two realities

–
The news Trailer of the series ‘What We Do In The Shadows’: Taika Waititi leads to their vampires (and werewolves) to tv was originally published in Espinof by Kiko Vega .

Trailer for the series ‘What We Do In The Shadows’: Taika Waititi leads to their vampires (and werewolves) to the tv
Source: english
February 5, 2019