Trailer of ‘Richard Jewell’: the new film of Clint Eastwood attacks the media with the story of another american hero

Less than a year after the premiere of the ‘Mula‘Warner has presented the intense trailer the new film Clint Eastwood, about to turn 90 years old. His new job as a director is titled ‘Richard Jewell‘ (formerly known as ‘The Ballad of Richard Jewell’) and then turn around to a real american hero.

Eastwood against the “fake news”

As their previous works, the story is based on actual events. Takes us to 1996 for introducing us to Richard Jewell, a security guard at the Olympic Games in Atlanta, Georgia, who discovered three homemade bombs hidden in a park. Although, in principle, Richard is considered a hero who has saved lives, the media coverage of the investigation points him out as the main suspect, and his life is quickly destroyed…

The script signed by Billy Ray (‘Captain Phillips‘, ‘Geminis‘) from a article in Vanity Fair written by Marie Brenner. It gives you the feeling that Clint Eastwood has felt annoyed by the current work of the media and has decided to respond with an authentic account for invite to reflection. Interestingly, it has been the same path that it has chosen another veteran, Roman Polanski, with his new film ‘The officer and the spy‘ (‘J accusse’).

‘Richard Jewell’ will be premiered in cinemas the 14th December, with the sunset view in the nominations for the Oscars (a strategy that paid off with ‘Mule’). The cast is headed by Paul Walter Hauser, that gives life to the new hero of Eastwood, while Sam Rockwell, Kathy Bates, Olivia Wilde, Jon Hamm, Ian Gomez, Dylan Kussman, and Wayne Duvall interpret the secondary characters. 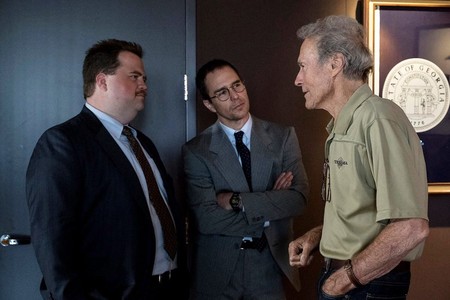 'Tenet': the teaser of the new Nolan is projected by surprise before you 'Hobbs and Shaw' and the expectations are through the roof

"Liberating the Snyder Cut". All that we know about the assembly 'Justice League' fans of DC are demanding to see

–
The news Trailer of ‘Richard Jewell’: the new film from Clint Eastwood attacks the media with the story of another american hero was originally published in Espinof by Juan Luis Caviaro .

Trailer of ‘Richard Jewell’: the new film of Clint Eastwood attacks the media with the story of another american hero
Source: english
October 3, 2019