Trailer of ‘Siberia’: Keanu Reeves is facing criminal russians in their new thriller 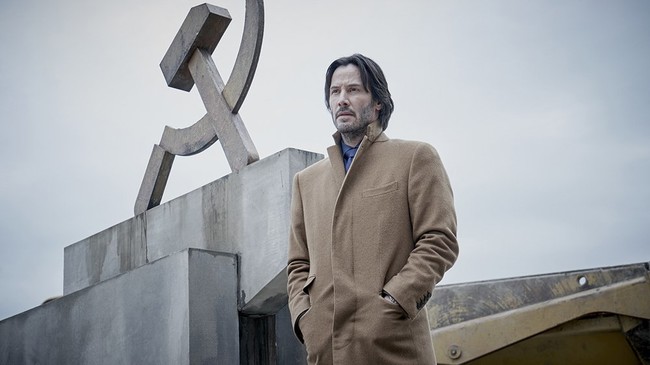 The remarkable success of ‘John Wick’ served to relaunch the career of Keanu Reeves and it is normal that producers will have papers with you in that line, although he is still trying to lead a career varied -just a few weeks ago, we saw the progress of a romantic comedy that leads next to Winona Ryder-. Soon we will see him in a new thriller, because here we bring you the trailer ‘Siberia’.

Reeves interpreted here to Luke, merchant diamonds traveling to Russia to sell a few with a dubious origin. Do not take the trouble, but also he falls in love with an obsessive way of the owner of a café in a small village siberian. Both parts of your life are not slow to converge with him trying to escape from a world without an exit.

Pasha Lychnikoff, Ana Ularu, Aleks Paunovic, Veronica Ferres and Molly Ringwald accompany Reeves to the front of the cast of ‘Siberia’, the new work behind the camera of Matthew Ross, the head of ‘Frank & Lola’. Yes, on this occasion he is not involved in the script, as it is signed by Scott B. Smith -‘A simple plan’- and Stephen Hamel.

‘Siberia’ will come to U.s. theaters the next July 13. Will have to see if it gets released in cinemas in Spain, let us not forget that even the ‘John Wick’ got it, although yes its sequel. One of those things that one will never understand about the world of film distribution in our country.

The Ambassadors of Canon and its objectives, must-haves

–
The news Trailer of ‘Siberia’: Keanu Reeves is facing criminal russians in his new thriller was originally published in Espinof by Mikel Zorrilla .