Trailer of ‘The Lighthouse’: Willem Dafoe and Robert Pattinson go mad in the new and exciting film from the director of ‘The witch’

Here we have the expected trailer ‘s’ The Lighthouse‘, one of the films that gave that talk in the last Festival de Cannes (it won the FIPRESCI Prize at the Directors ‘ Fortnight). It is not for less since the new film Robert Eggers (‘The witch‘) proposes an extreme, original and hypnotic experience that leaves a mark.

The nightmare in black and white Dafoe and Pattinson

as ‘Midsommar‘, like more or less but have not seen a film like, and that is appreciated, especially in these times of recycling of material and franchises inexhaustible. Also, ‘The Lighthouse’ offers two interpretations impressive of its protagonists, Willem Dafoe and Robert Pattinson. Perhaps because of Dafoe as we look forward to the most, the one that stands out the most is Pattinson, with several scenes are truly incredible.

The 33 best black and white movies of all time

They are virtually the only members of the cast. Give life to the two employees of a lighthouse on a remote New England island in the late NINETEENTH century; isolated and forced to be supported to each other, the two lighthouse keepers begin to berserk and have horrible nightmares…

The works of Herman Melville and Sarah Orne Jewett were the sources of inspiration for Robert Eggers, who wanted to be faithful to the dialects they speak, these two characters at that time. Once again the director of photography Jarin Blaschke, which has helped him to create a movie exciting, beautiful and terrible. ‘The Lighthouse’ arrives at some cinemas of the united States, the October 18, before distribution throughout the country; in Spain there is still no release date. 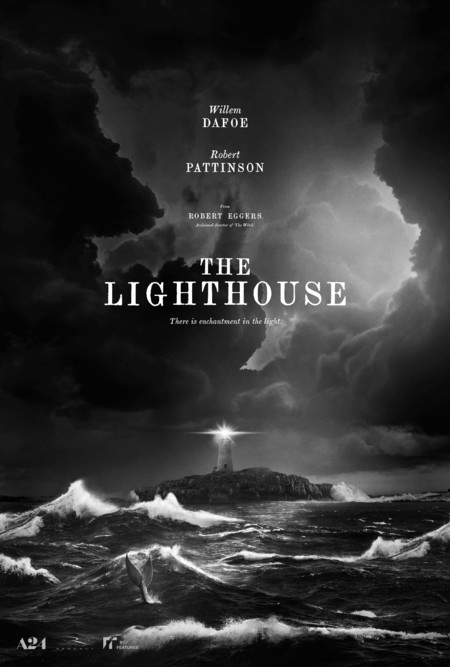 Cannes film 2019: the film’s most exhilarating festival does not compete for the Golden Palm

–
The news Trailer of ‘The Lighthouse’: Willem Dafoe and Robert Pattinson go mad in the new and exciting film from the director of ‘The witch’ was originally published in Espinof by Juan Luis Caviaro .

Trailer of ‘The Lighthouse’: Willem Dafoe and Robert Pattinson go mad in the new and exciting film from the director of ‘The witch’
Source: english
July 30, 2019