Trailer of ‘The Personal History of David Copperfield’: the creator of ‘Veep’ adapts to Dickens in his new film

Armando Iannucci left ‘Veep’, the series, which he created and which reached its this same 2019, a few years ago, which has taken the opportunity to focus their career on the big screen for a while. In 2017 we could already see the remarkable ‘The death of Stalin,’ and within a few months we will get your ‘The Personal History of David Copperfield’ now has its trailer.

a New adaptation of the literary classic of Charles Dickens, ‘The Personal History of David Copperfield’ tells the story of how this iconic character attempts to find his place in the world. Starting with his unhappy childhood to the discovery of the gift that you have as a writer and to tell stories

The own Iannucci has been commissioned to write the script, counting for it with the help of his regular collaborator Simon Blackwell, with whom she had not counted for ‘The death of Stalin’.

Dev Patel, whom we will soon see in the anthology romantic ‘Modern Love’, gives life to the great protagonist of the function. In the cast also stand out the names of Tilda Swinton, Gwendoline Christie, Hugh Laurie, Ben Whishaw and Peter Capaldi. Only with this group of actors should already be worth it. 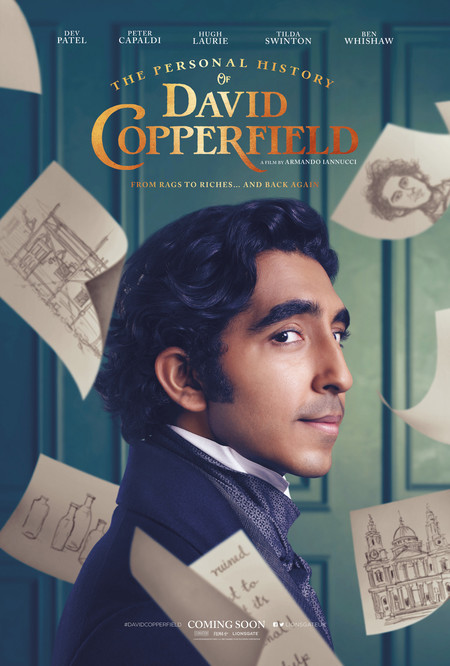 January 10 is the chosen date for arrival to theaters british, while for the moment it is not known when he will make his premiere in Spain.

Trailer and date for the premiere of 'Modern Love': Anne Hathaway and Dev Petel lead the new series for Amazon

Trailer for 'Mother', the movie Rodrigo Sorogoyen that continues his short film nominated for Oscar

Trailer for 'The Laundromat: dirty Money', the new Steven Soderbergh for Netflix has a deal spectacular

–
The news Trailer of ‘The Personal History of David Copperfield’: the creator of ‘Veep’ adapts to Dickens in his new film was originally published in Espinof by Mikel Zorrilla .

Trailer of ‘The Personal History of David Copperfield’: the creator of ‘Veep’ adapts to Dickens in his new film
Source: english
October 2, 2019