Trailer of ‘The Silence’: more horror apocalyptic on Netflix hand-in-hand with the director of ‘Annabelle’

Netflix has enlisted the stars of ‘The chilling adventures of Sabrina‘, Kiernan Shipka, and Miranda Otto to your new project of terror apocalyptic in the wave of its success ‘Blind‘.

Both star along with Stanley Tucci and John Corbett the new horror movie ‘The Silence’, which looks like a mix between the vehicle at the service of Sandra Bullock and ‘A quiet place‘, two of the movies most commented of the genre last season. 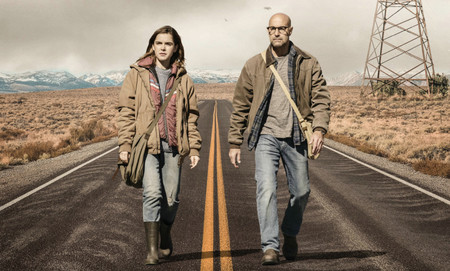 In ‘The Silence’ Shipka plays a teenager who has lost the hearing ability, and lives in a world attacked by creatures  that hunt for their prey to human through sound. The family of Ally will search for and discover a cult of sinister.

Based on a novel by Tim Lebbon and with a screenplay by Carey and Shane Van Dyke, ‘The Silence’ is directed by John R. Leonetti, director of the first film ‘Annabelle’, and will get to Netflix the next 10 of April.

"we Compete with Fortnite". Netflix wants to win the war of streaming distancing themselves from the other platforms

–
The news Trailer of ‘The Silence’: more terror apocalyptic on Netflix hand-in-hand with the director of ‘Annabelle’ was originally published in Espinof by Kiko Vega .

Trailer of ‘The Silence’: more horror apocalyptic on Netflix hand-in-hand with the director of ‘Annabelle’
Source: english
March 29, 2019