Trailer of ‘Thy Kingdom come’: the unexpected spin-off of ‘To The Wonder’ starring Javier Bardem 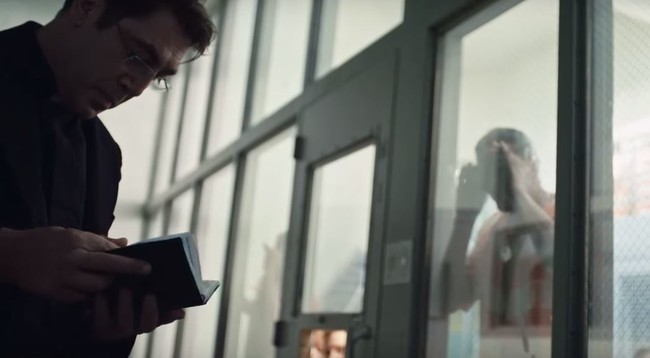 some time Ago Terrence Malick has the habit of shooting so much footage for his films that not only we can talk about deleted scenes, but even characters. He himself has made several changes in some of his works, but all made you think that at some point you would do something more elaborate with all those discards and that day has come. Here we bring you the trailer for ‘Thy Kingdom come’: unexpected spin-off ‘To The Wonder’ starring Javier Bardem.

As many will recall, the Spanish actor gave life in ‘The Wonder’ to the father Quintana, but perhaps what desconozcáis is that Malick directed the photojournalist Eugene Richards it was to a people of Oklahoma and rodase there with Bardem gotten into the character. There he had the opportunity to speak from with a leader of the Ku Klux Klan up with a woman victim of sexual assault. Part of that footage has already appeared in the film, but there was much more that had not been used until now.

The issue is that the shot had such an impact on Richards who chose to ask permission to Malick to use it. Finally, he got hold of the rights and has finished making a film of 43 minutes duration, which will be released worldwide in the next edition of the Festival South by Southwest (SXSW).

As is logical, some of the interviewees were familiar with the face of Bardem. There were those who associated mainly to his academy award-winning role as a psychopath in ‘No country for old men’ (‘No Country For Old Men’), others by his relationship with Penelope Cruz and in some cases simply did not know who he is. The important thing in the words of Richards is that: “to The end that no one cared who he was beyond that he was there to listen”.

'The Last Face', trailer for the last of Sean Penn as a director

'Pirates of the Caribbean: The revenge of Salazar', first trailer and poster for the fifth installment

–
The news Trailer of ‘Thy Kingdom come’: the unexpected spin-off of ‘To The Wonder’ starring Javier Bardem was originally published in Espinof by Mikel Zorrilla .

Trailer of ‘Thy Kingdom come’: the unexpected spin-off of ‘To The Wonder’ starring Javier Bardem
Source: english
February 20, 2018