Two new versions of the Xiaomi Mi 8 in the way: My 8 Youth and My 8 Screen Fingerprint Edition 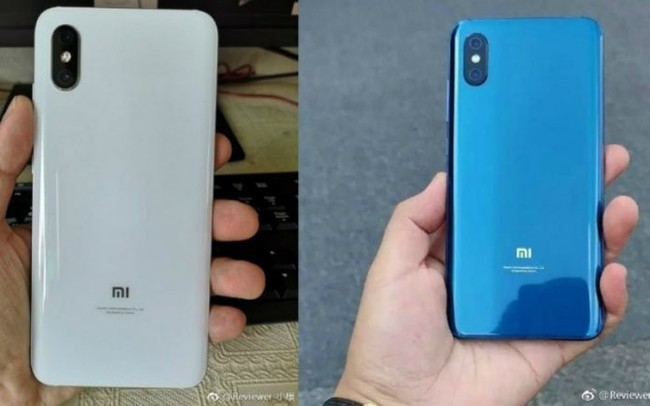 Xiaomi is launched from the first moment with several versions of your current Xiaomi Mi 8. The current leader of catalog builder chinese came in a normal edition and another one called Special Edition, which reduced the processor to a Snapdragon 710 and did the same with other features such as the camera equipment. In a few words, its Special Edition it looks more like a Lite to a normal edition.

we cannot forget Either the variant Explorer Edition with rear “transparent”, quoted knowingly, but now it seems that they come two models more on the way to the market. Two new variants of the Xiaomi Mi-8 that will join forces in the case of My 8 Youth and who will offer the fingerprint reader built into the display, which we have already seen, in the case of the Screen Fingerprint Edition.

Two versions, we already have five

The first of the versions that has appeared before time is known as Youth Edition, or as Xiaomi Mi 8 Youth. It is, in reality, a blend of the current Special Edition and My 8 as such, as it carries the brain of the first one, but you bet by the lenses and sensors of the second.

So, we would have a phone with the looks of My 8, with back in plastic, or ceramic and is with the Snapdragon 710 to the front of the operations. The model would count with three memory options: 4GB/64GB, 6GB/64GB and 6GB/128GB and would be available in three colors including gray space, gold, and blue.

The Youth would be a Special Edition with a better camera, and Fingerprint Edition a My 8 EE without rear transparent

The Xiaomi Mi 8 Screen Fingerprint Edition would cut the number of variants, although it would have the Snapdragon 845 as brain. For this model there would be a version with 6GB/128GB and higher with 8GB/128GB. In terms of colors, we also would have only two options. One in black and another in gold color, apparently with rear ceramic or glass.

Nothing else would make a difference the Screen Fingerprint Edition of My 8 addition the feature that you drag your own name, we would speak of a model with the fingerprint reader embedded in the screen, instead of in the rear. Might be considered, therefore, a variant of the Mi 8 Explorer Edition and not the My 8 as such, because Xiaomi likes to complicate their catalogs until exhaustion.

With these two new variants, the list of versions of the Xiaomi Mi 8 would be of the following form:

Simple, right? Out of jokes, the models seem to be ready for its launch and we might have news of them within a very short time. In principle, both go to the chinese market but it would not be the first time that Xiaomi becomes one of its variants in an international model. We’ll see if any of them crosses the border in search of more extensive territories.

Via | MySmartPrice
Xataka Android | POCO: this is what promises the brand new Xiaomi that will focus on mobile premium range

–
The news Two new versions of the Xiaomi Mi 8 on the way: My 8 Youth and My 8 Screen Fingerprint Edition was originally published in Xataka Android by Samuel Fernandez .