UMIDIGI X: the chinese manufacturer adds to the fashion of the 48-megapixel camera and the fingerprint reader on the screen 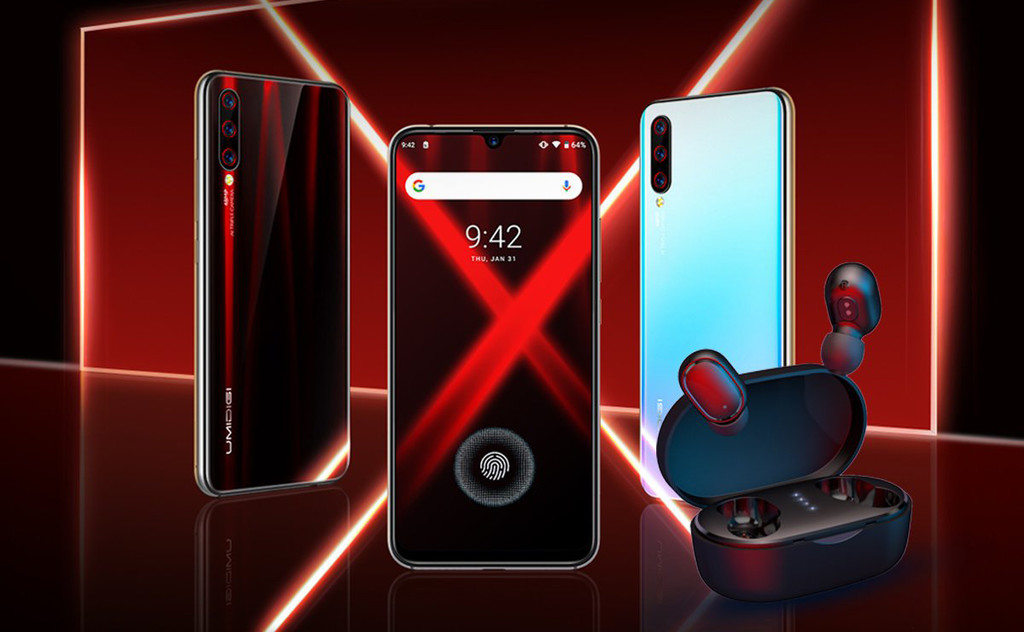 there is No doubt that, today, the chinese manufacturers are the most prolific in the releases of new handsets is concerned. And we speak not only of companies like Huawei, Xiaomi, OPPO or OnePlus, to name a few examples very popular, but of all those brands that for many are unknown but whose terminals we can find in different online stores.

A sample of it we have in UMIDIGI, a chinese firm that has brought the global market models such as the UMIDIGI C Note or UMIDIGI Z Pro. Now just submit the UMIDIGI X, a terminal with mid-range fingerprint reader on the screen and the triple chamber 48 MP, among other features.

technical details of the UMIDIGI X

A large screen that reads your fingerprint

The first thing that stands out from the UMIDIGI X is its AMOLED screen of 6.35 inches with a resolution of HD+ (1.548 x 720), aspect ratio 19,5:9, notch in the form of a droplet and an optical sensor integrated fingerprint. This reader adds to the facial recognition as a method of biometric authentication.

The best mobile of the year (2019): your analysis and videos are here

inside, the UMIDIGI X features the processor Helium P60 from MediaTek, which comes accompanied by 4 GB of RAM and 128 GB of internal storage expandable. It also features a battery 4,150 mAh that supports fast charge of 18 W, NFC, multi-function and Android 9 Foot as the operating system, though the company has promised that it will launch the update to Android Q. 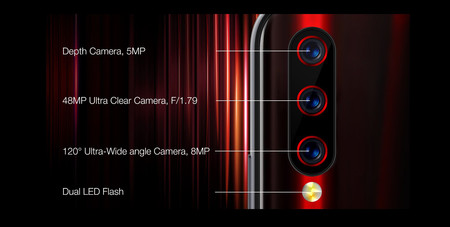 In the section photo, UMIDIGI adds to the fashion of the triple rear camera and the 48-megapixel, so that has a main chamber composed of a primary sensor 48 MP with aperture f/1.79, a secondary sensor of 8 MP lens with ultra wide-angle (120 degrees) and a third sensor of 5 MP that takes care of the depth.

in Addition, it is supported in algoritoms of Artificial Intelligence for mode super night and the scene detection. The front-facing camera, for its part, has a sensor of 16 MP and also used the IA to enhance the selfies.

Price and availability of the UMIDIGI X

Next to the UMIDIGI X, the chinese manufacturer has introduced its new wireless headphones Upods, which are equipped with Bluetooth 5.0 and a controller dynamic of 7.2 mm, are compatible with Google Assistant and Siri, and comes with a case load of 600 mAh.

The global sale of the UMIDIGI X will begin on the 26th of August, but is already available for booking on some online stores like Aliexpresswhere you have a price of 228,05 euros. It is sold in a single configuration with 4 GB of RAM and 128 GB of storage, and in two colors: Flame Black and Breathing Crystal. The first 1,000 units will receive the Upods gift.

Xiaomi Redmi 7A: the low-range democratizes the battery of 4,000 mAh

Redmi K20: the Redmi Killer more small adds to the fashion of the periscope and the camera 48 MP

–
The news UMIDIGI X: the chinese manufacturer adds to the fashion of the 48-megapixel camera and the fingerprint reader on the screen was originally published in Xataka Android by Laura Sexton .

UMIDIGI X: the chinese manufacturer adds to the fashion of the 48-megapixel camera and the fingerprint reader on the screen
Source: english
August 5, 2019