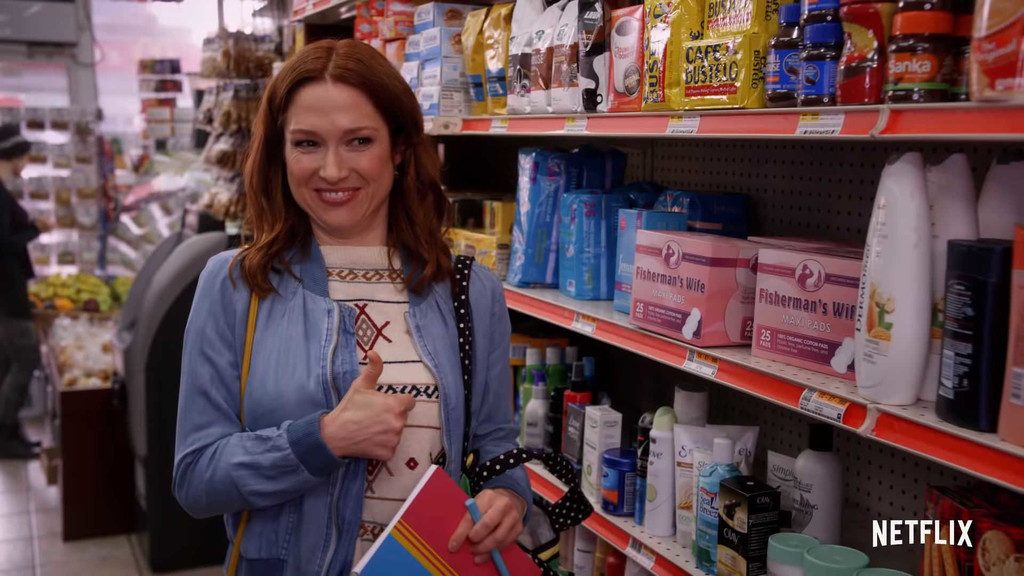 good-Bye, Kimmy, it has been a pleasure. This is all I get after seeing the second half of the fourth and final season ‘Unbreakable Kimmy Schmidt‘, six episodes (one double) in which we had everything in the life of the main character (Ellie Kemper) and their friends.

The season (well, better said in the second half) begins with a reunion between Kimmy and Donna Maria (Sun Gaze), who has a successful line of restaurants, but who reject everything that reminds him of the bunker. This is also a turning point in the relationship with women “topo” and the desire for Kimmy to become something.

at the moment their grand plan to become the great author’s youthful fashion has already started not with the self-publishing, but with the autodistribución with the infallible method of casting copies in bookstores and libraries, ‘The Legends of Greemulax‘ (which, by the way, will be published in April as a tribute to last of the series).

Meanwhile, Jacqueline (Jane Krakowski) is trying to succeed in the world of the representation of actors, what we will know to a great character of the hand of Zachary Quinto; and Lillian (Carol Kane) continues its fight against the gentrification of the neighborhood with fun consequences.

Now that Prime Video have recovered ‘Rockefeller Plaza’ (‘30 Rock‘), the series starring Tina Fey, it is curious to see in Kimmy the other side of the coin of Liz Lemon. In that sense, of women willing to survive against all odds in a world as hard as nonsensical at times. If Kimmy represents the innocence, Liz is quite the opposite.

The two series, in addition, have in ‘That Girl’, one of the matriarchs (along with ‘The Mary Tyler Show’) series featuring women who are looking for your site, a clear reference (sometimes a bit twisted, yes). Regarding the not have hesitated to pay homage directly in some other gag.

But what they share on all is his gaze cynical and exaggerated world of the show (with, for example, these parodies of television series and programmes) and its reflection in the real world. The adventures of Titus (Tituss Burgess) are very over the top, who would say that americans, even when they touch subjects such as me too with a moñeco making the Harvey Weinstein of turn.

The end that it deserves Kimmy

I admit that this second half reminded me of something more to season 3 than the current. Started quite well, but has had episodes that have done something long. If the special episode of ‘Party Monster’ it was one of the best 2018, ‘Sliding Doors’ falls far short of his genius with an episode of “What-if” based on ‘Two lives in an instant’ in my judgment too long, and even simple-minded.

thankfully, that episode was an exception and the rest of the season has been to the height of a series that has given us very good moments within that humor is so biting and sometimes crazy team of writers led by Fey and Robert Carlock.

other Tina Fey from the comedy

A mood with, in addition, a great touch of tenderness and beauty, and that brings us to the end that Kimmy and her friends deserve. And you deserve it all, yes of course. In addition, it is curious because it is the typical conclusion that I probably would not have worked in almost any other series. But ‘Unbreakable Kimmy Schmidt’ you can give a happy end to a situation in which everything seems to be against.

When he started ‘Unbreakable Kimmy Schmidt’ receive it with arms wide open. And, despite the fact that over the years it was off, that flame of love at first sight, always coming to Netflix we would fall in love with the series. the Fun and with an impossible mix between the naivety of the protagonist and the cynicism of the rest, this combination has made us pass very good moments. We don’t know if finally there will be a movie, but to always, Kimmy.

'The wonderful Ms. Maisel' close to perfection in a season 2 that shows that it is the best comedy on tv today

–
The news ‘Unbreakable Kimmy Schmidt’ ends with the grand final tender and funny that it deserves was originally published in Espinof by Albertini .