Undead Horde in Android: an addictive hack’n’slash in which reanimarás the dead in order to create your army

After his step on PC, PlayStation 4, Nintendo Switch, Xbox One and iOS, the distributor of the games independent 10tons us brings to our Android devices the addictive Undead Horde.

Undead Horde provides us with an action RPG filled with strategy and battles explosive hack’n’slash that will delight the lovers of this genre. In addition, it is a game of payment, there are no micropayments, and is located introductory offer. Now you can buy 5,99 € before you upload your price to 9.99 euros.

Conquer the world with your army of the undead

As the name of Undead Horde indicates in English, here we have to create our own army of the undead. We are a necromancer able to reanimate enemies to fight alongside us.

In the course of the adventure we will fight against the living and against their leader, the king paladin Benevictor, over a fantasy world full of creatures that we will have to explore to discover all its secrets. 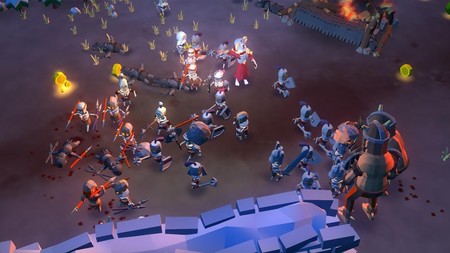 During the games, we go leveling up and improving your character and army with new weapons, trinkets and magical items, and as I said at the beginning, without-app purchase.

Fortnite is not yet available on Android, but already you can register

Darkness Rises comes to Android, the spectacular action RPG Nexon already available all over the world

–
The news Undead Horde in Android: an addictive hack’n’slash in which reanimarás the dead in order to create your army was originally published in Xataka Android by Cosmos .